Zimbabwe’s Election Most Important in a Generation, Biti Says 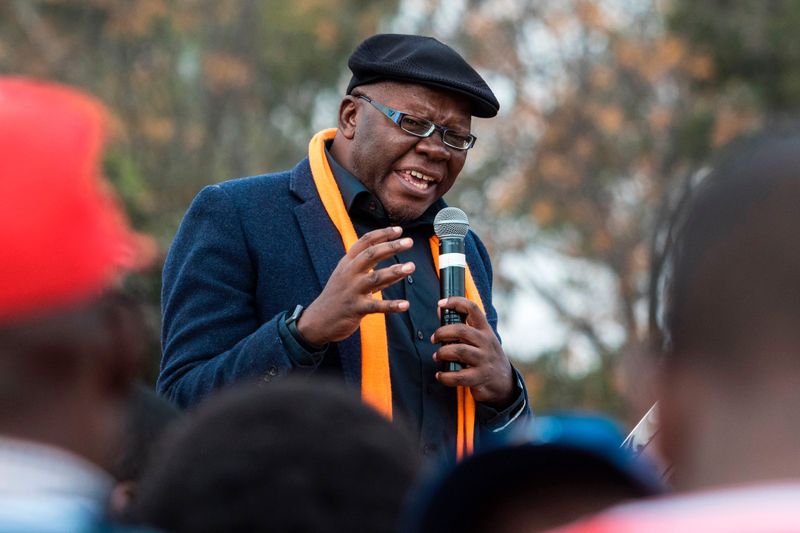 Zimbabwe’s elections scheduled to take place this year will be the most important in a generation and critical to restoring democracy and economic growth in the southern African nation that has been dominated by one party since independence in 1980, opposition politician Tendai Biti said.

Zimbabwe has been an international pariah since a violent election and land-reform program in 2000 resulted in the imposition of sanctions by Western nations, caused an economic collapse and prompted the emigration of millions of citizens. A change in leadership in November that was engineered by the military is deterring some investors from returning.

“It is the most important election of our lifetime because it has to answer the question of legitimacy,” Biti said in an interview in Bloomberg’s Johannesburg office on Wednesday as Zimbabwe celebrated its national independence day. “The quality of this election, the substantive content and outcome of the election are going to be key.”

Zimbabwe is required by its constitution to hold general and presidential elections by Aug. 22. The vote will be the first without Robert Mugabe since 1980. Mugabe, 94, stepped down as president in November after the military temporarily took control of the country. President Emmerson Mnangagwa, 75-year-old former intelligence chief who replaced Mugabe, has been nominated by the ruling Zimbabwe African National Union-Patriotic Front as its presidential candidate.

Six opposition parties have formed an alliance with the biggest group, the Movement for Democratic Change. Zimbabwe’s main opposition figure and MDC founder, Morgan Tsvangirai, died of cancer in February. Nelson Chamisa, a 39-year-old lawyer, will run as the coalition candidate.

Biti said the opposition’s prospects for the elections are good, partly because 60 percent of the 5.3 million registered voters are between 18 and 40 and have little memory of the liberation war that shaped the ruling party’s generation. Chamisa’s youth will help, he said.

“Demographics are going to play a key role in this election,” he said.

Still, the influence of the military on Zimbabwe’s leadership bodes ill for genuine democratic reform, Biti said. “We may have removed a dictator but we did not remove the dictatorship,” he said.

Five elections between 2000 and 2013 were marred by allegations of rigging, violence and intimidation, with Western nations accusing Mugabe of human-rights abuses and manipulating the vote.

While Mugabe refused to allow Zimbabweans living abroad to cast their ballots, Foreign Affairs Minister Sibusiso Moyo said this week that the government is working on the logistics of the diaspora vote because it’s guaranteed in a constitution that was rewritten and enacted in 2013. An estimated 4 million Zimbabweans, about a quarter of the population, live in foreign countries, with the majority in neighboring South Africa, which has about 55 million people.

To ensure credible elections, the opposition alliance is seeking as many as 10 electoral reforms that include scaling down the role of military or ex-military officials in the electoral commission, an audit of the voters’ roll, transparency in the procurement of ballot papers and voting materials, and the presence of international observers during the elections, Biti said. The government has asked the European Union and the U.S. to send observers, the first such invitation since 2000.

In 2002, Zimbabwe’s military chief and current vice president, Constantino Chiwenga, said the armed forces would never salute a president who hadn’t fought in the 1970s liberation war against the white-minority regime of Rhodesia, a reference to Tsvangirai who did not play a role in the armed struggle. That has never been withdrawn, Biti said.

A constitutional lawyer, Biti, 51, served as finance minister from 2009 to 2013 in a unity government with Tsvangirai as prime minister and Mugabe as president. He was expelled from the MDC after falling out with Tsvangirai in 2014 amid disagreement over the party’s defeat in disputed 2013 elections.

A year later, he was elected to head a breakaway opposition organization, the People’s Democratic Party. His party has joined the opposition alliance and is currently in talks with the MDC for re-integration, he said.

Given the short amount of time left until the elections, which may be held in July or August, the MDC alliance would accept a compromise allowing the people in the diaspora to cast their votes for the presidential candidate at embassies but not vote for individual lawmakers, according to Biti. The presidential election is a national vote, while lawmakers compete for constituencies.

Still, a delay of the elections by the ruling party can’t be ruled out, Biti said.

“The danger and the possibility of them finding a legal way of postponing the election is there,” he said. “Remember, the judiciary is not quite independent in our country.”