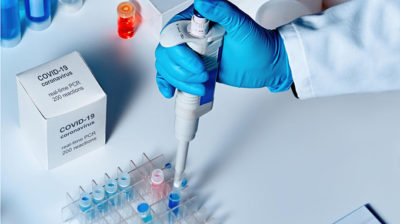 Following the announcement this week by the G20 of a temporary suspension of debt payments from the poorest countries due from 1 May to 31 December, 2020, Christian Aid is urgently pressing for Zimbabwe to receive the aid it needs to respond to the Covid-19 pandemic.

The debt suspension package is understood to include all 77 countries that are either in the World Bank International Development Association (IDA) programme, or defined as low-income countries – and Zimbabwe is defined as a ‘partially eligible’ IDA country. However, due to technical conditions, Zimbabwe has been excluded from the agreement.

Christian Aid believes that Zimbabwe’s exclusion from an emergency package for the poorest countries is unjust, given the unprecedented Covid-19 pandemic and its economic impact to the poorest and most vulnerable people.

In terms of workable solutions, there is in place an ongoing Staff Monitored Programme between Zimbabwe and IMF which is considered currently to be inactive. If the IMF programme can be established again with support of wider stakeholders, then Zimbabwe could also access debt payment cancellation for the World Bank, African Development Bank and European Investment Bank among other multilateral creditors as mentioned in the G20 statement.

The G20 statement makes clear the agreement remains open to changes social and economic conditions. So long as Zimbabwe commits to using the freed budget to increase social, health or economic spending in response to the international crisis, it must be included in the scheme. Zimbabwe as well as its creditors should also commit also to disclose all public sector debt to improve debt transparency.

“The lack of an IMF programme with Zimbabwe must not leave ordinary people exposed to further suffering because of the pandemic. There is a humanitarian imperative to ensure that the international community helps Zimbabweans to withstand the worst effects of coronavirus, and the global economic crisis.

Zimbabwe does not have debt with the IMF as it paid off its debt in 2019. However, the country still has debts with the World Bank (US$1.4billion), African Development Bank (US$687Million) and the European Investment Bank (US$322Milion) as well as other bilateral creditors.

“Settling the IMF debts by the Zimbabwe government in the past two years has come at a huge cost to the population through policies such as interfering with exchanges rates, introduction of additional taxes – such as 2% tax on mobile money transactions – along with price distortions, local currency depreciation and an inflationary environment which has eroded basic income and savings for the majority.

“We ask that the UK and other governments now help to fund civil society in partnerships with the private sector, assisting poor people directly when it comes to health infrastructure and services, including – crucially at this time – capacitating health workers, more decentralised and mobile testing and isolation facilities, and protective equipment, alongside social protection for the vulnerable. Some resources can be channelled towards businesses for recovery, but also to directly or indirectly support the Covid-19 response, such as more manufacturing of PPE and ventilators.

“Zimbabwe is still reeling from the effects of Cyclone Idai and a severe drought which will extend into the next year given the erratic rains this season.

“Unless Zimbabwe is also included in the current global UN appeal for Covid-19, once the cases reach a certain threshold, our weak health system will not cope.”