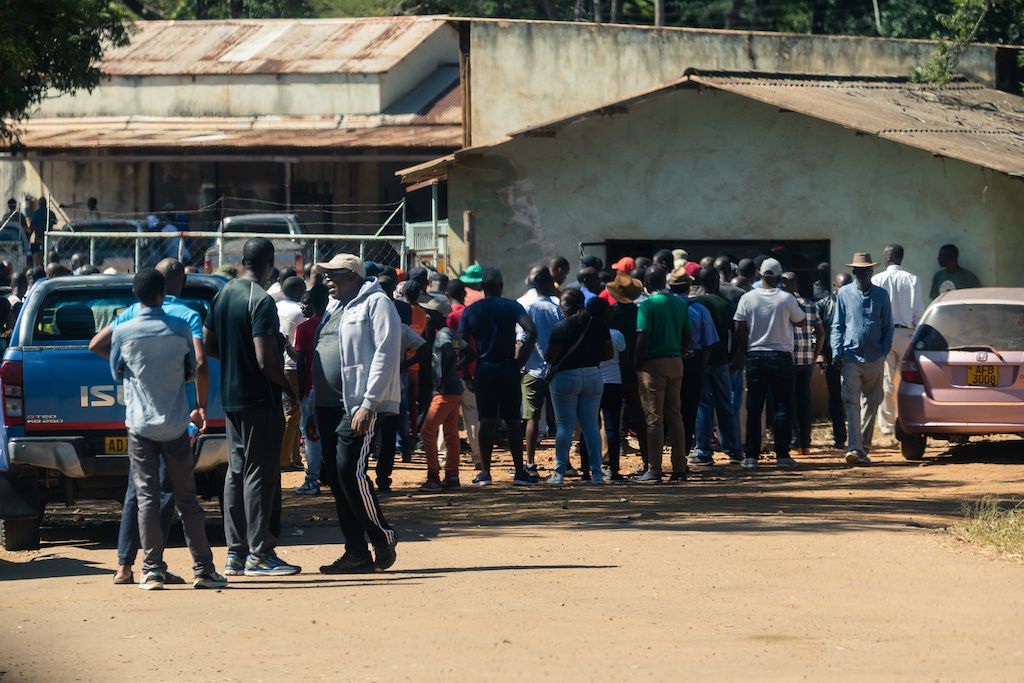 File: Potential buyers wait to register ahead of an auction for farming equipment, including broken down tractors and combine harvesters, at Robert Mugabe’s Gushungo dairy farm in Mazowe, in Zimbabwe’s Mashonaland Central province, on May 11, 2019.

JOHANNESBURG – Inflation figures from the Zimbabwe National Statistics Agency (ZimStat) have left officials alarmed as the country’s year-on-year inflation reached 97.85 percent in May, the highest in a decade.

In what reveals the rapid deterioration of the southern African nation’s economy, the data reflects a steep jump of 22 percent from the previous month’s 75.86 percent. On a monthly basis, prices rose by 12.54 percent in May compared to 5.52 percent in April.

The latest figures are the highest since the introduction of multi-currency use in 2009, on the back of the hyperinflation period and the 2008 global financial crisis. The financial crisis saw Zimbabwe’s peak month of inflation surge to around 79.6 billion percent month-on-month and 89.7 sextillion percent year-on-year.

The data from ZimStat were arrived at with a new inflation calculation method known as the Consumer Price Index (CPI), under which the Classification of Individual Consumption by Purpose (COICOP) calculation methodology is used. The new approach classifies individual consumption expenditures incurred by households, non-profit institutions serving households and general government according to their purpose.

However, economists have criticised the new system used to arrive at the inflation figures. They are of the opinion that if the old calculation system was maintained, the inflation rate for the month would now be over 200 percent based on the recent spate of price increases. More so, they  projected the inflation rate to close 2019 at over 250 percent, a figure that would leave the country on the brink of another hyper-inflationary period.

Zimbabwe’s inflation ranks second highest in the world , after Venezuela, while it is ahead of Sudan, Argentina, Iran, etc.

The economy is expected to contract by 2.1 percent due to macroeconomic imbalances and a poor farming season, according to projections from the International Monetary Fund (IMF).