Zimbabwe’s annual premier arts and culture festival, the 2018 Harare International Festival of the Arts (HIFA) begins next week in the capital Harare with a variety of performances lined up for the week-long event. 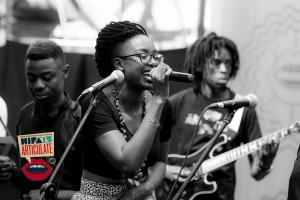 HIFA founder and artistic director Emmanuel Bagorro told a press conference that over 200 artists from across the globe with perform at the arts and cultural jamboree which is running under the theme: “We count.”

He said apart from Africa, artists in various genres will come from such countries as the United States, the Netherlands and Israel.

“We want our people to revel and immerse themselves during the six days of HIFA in the highest quality music, theater, dance, song, visual arts, crafts and design,” Bagorro said.

He said the festival will be a celebration of Zimbabwe’s rich and diverse arts and culture.

“Saturday the 5th of May will be an incredible, intense day of programming. There is nowhere in the continent where you can find such kind of intense artistic opportunity. It is the most intense possibility for artistic experience,” Bagorro said.

Maria Wilson, the executive director, told Xinhua that an arts and performance group from China will perform on the last day of the festival on May 6.

“It will be a fantastic family show by the Chinese group. There will be lots of acrobatics, dancing and music. The exchange of Chinese artistic interface will be so important,” she said.

She added that there will be more than 80 individual shows within the festival which she said will help market the country as “open for business, investment and artists.”

“This is one of the biggest chances for us to say to the world: look at us, look at Zimbabwe, look at our people, at our own artists,” she said.

HIFA is a 6-day annual festival and workshop program that showcases the very best of local, regional and international arts and culture in a comprehensive festival program of theater, dance, music, circus, street performance, fashion, spoken word and visual arts.

Since its inception in 1999, the festival has received recognition for its support of arts and culture in Zimbabwe and is seen as a major contributor to development in this area. HIFA is now the largest cultural event in Zimbabwe and among the eight major festivals in Africa.

This year’s HIFA is running for the 18th year after having taken a break in 2016.