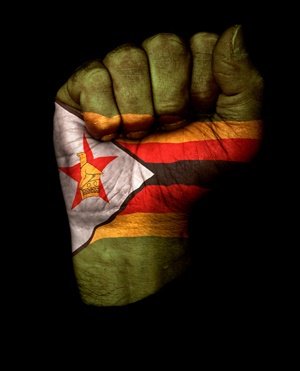 Zimbabwe’s main opposition party said it will hold a protest next week over dire economic conditions in the country.

The demonstration will be held in the capital, Harare, on August 16, Movement for Democratic Change National Organising Secretary Amos Chibaya said in an application filed to the police August 5.

The party listed 12 reasons it said protest action is necessary, including state corruption and shortages of power and fuel.

Zimbabwe has recently suffered load shedding – where there are power cuts of up to 18 hours and shortages of everything from bread to motor fuel.

People are receiving food aid in cities for the first time and a drought has necessitated the import of hundreds of thousands of tons of corn.

Zimbabwe’s finance minister responded to the country’s worsening economic crisis last week by blacking out inflation statistics for the next six months, boosting the price of the little power that’s available five-fold and admitting what the International Monetary Fund told him in April: the economy will contract for the first time since 2008.

At the same time he spoke of fiscal surpluses and a relaxation in local ownership requirements for the key platinum industry.

Meanwhile Zimbabwe expects its power situation to improve from today after its government said it had reached payment plans with key foreign suppliers.

The country mainly imports electricity from Eskom in South Africa and from the Cahora Bassa hydroelectric generation station in Mozambique.

Zimbabwe started implementing rotational load shedding in May, due to a combination of low water levels at Kariba Dam’s hydroelectric power plant, generation constraints at ageing power stations and limited foreign imports. It has been struggling to pay for power imports as it faces a crippling power deficit of roughly 950MW.