Zimbabwe’s Marriage Reform Should Do More for Women 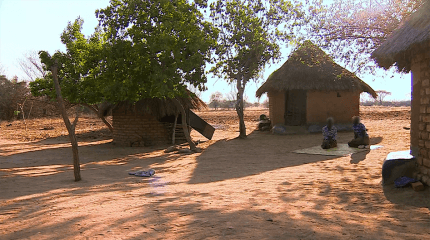 A proposed marriage law being discussed in Zimbabwe doesn’t adequately protect women’s property rights at divorce. Without legal protection, many women could be left homeless or without a means of income after their marriage ends or if their husband dies.

In Zimbabwe, laws surrounding marriage and divorce don’t fall in line with the country’s constitution, which provides that spouses have equal rights and responsibilities. This can mean that women don’t always get what they have the right to following the end of a marriage or death of a husband, especially when it comes to property.

The Marriages Bill, introduced in January 2017, is seen as a long-awaited chance for parliament to reconcile the country’s marriage laws with its constitution. But parliament needs to broaden the scope of the law to make sure women get a genuinely equal deal when it comes to property rights both during marriage and after divorce, separation, or the death of a spouse.

Currently, Zimbabwe has a separate law governing dissolution of marriage, the Matrimonial Causes Act, that allows for equitable distribution of property between spouses at divorce, considering direct and indirect contributions such as raising children and caring for the family and household. But even under this act, the realities of life haven’t reflected the law. Many women lose their property when a marriage ends or husband dies while men and men’s families keep everything.”

Without specific protections for women’s property rights, this bill for “equality” rings hollow.

By some estimates, at least 70 percent of women living in rural areas of Zimbabwe are in unregistered customary unions. This bill seeks to expand protection of marriage laws to more partnerships and would extend rights to civil partnerships of long-time cohabiters, and increase the minimum age of marriage to 18.

Extending more and equal protections to more women in different types of unions is a good step, but the proposed law cannot fully provide protection without detailing marital property rights. Parliament should ensure real equality for spouses both during marriage and at its end.