Zimbabwean President Emmerson Mnangagwa will kick off the new year by travelling to five countries in a bid to attract foreign investment, his spokesperson, George Charamba, said. 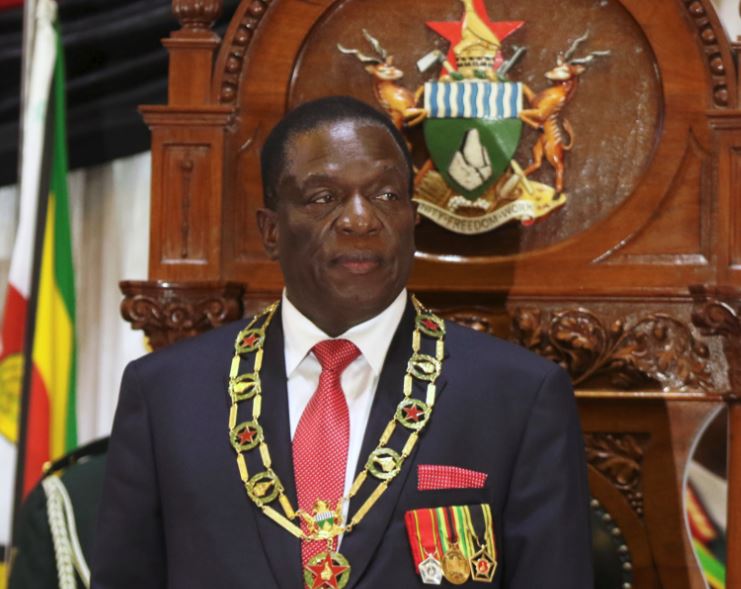 Charamba told state media on Wednesday that Mnangagwa would travel to Russia, Belarus, Azerbaijan and Kazakhstan next week and would also attend the World Economic Forum in Davos, Switzerland, later this month.

“The whole idea is to put Zimbabwe firmly on the map so we leave behind us the dark days when we were perceived as a pariah state. In all our interactions, we are putting in the forefront the need to attract and secure investments as well as co-operation in order to grow and transform our economy,” the Herald newspaper quoted Charamba as saying.

However Mnangagwa’s whirlwind tour comes at a time when citizens are most burdened by the worsening economic environment.

Mnangagwa won the July 30 elections last year on the back of a promise to transform the economy after years of ruin by former ruler Robert Mugabe, who was deposed in a military coup in November 2017.

But Mnangagwa’s attempts to turn the economy around are yet to bear fruit, as a meltdown punctuated by fuel shortages and a sharp increase in the prices of basic goods and services persists.

Inflation in November last year was recorded at 31% by the national statistics agency, but independent estimates put it at over 100% in real terms.

Mnangagwa’s administration is grappling with how to end a five-week strike by doctors, who want to be paid their salaries in US dollars. Even more pressure was brought to bear this week by teachers, amid the start of a new school term, as they also want to be paid in US currency. Teachers’ unions have vowed to picket outside the offices of finance minister Mthuli Ncube until their demands are met.

In a sign of more trouble brewing, Cecilia Alexander, chairperson of the Apex council – an umbrella body for public servants’ unions – gave notice on Tuesday of looming collective job action in two weeks by all public servants.

“The reason for this step is premised on the incapacitation of our members and the failure by government to address the same. The incapacitation comes in the wake of the erosion of our static salaries due to the skyrocketing cost of living,” said Alexander.

Vincent Hungwe, the chairman of the Public Service Commission, is expected on Thursday to announce a cost of living adjustment that the government will offer to all its employees, in a bid to avert a total shutdown of government by disgruntled employees.

The cost of living adjustment will apply to all grades of workers and a proportion of the adjustment would be allocated as basic salary, and housing and transport allowances.

The Zimbabwe government has 300,000 workers on its payroll.