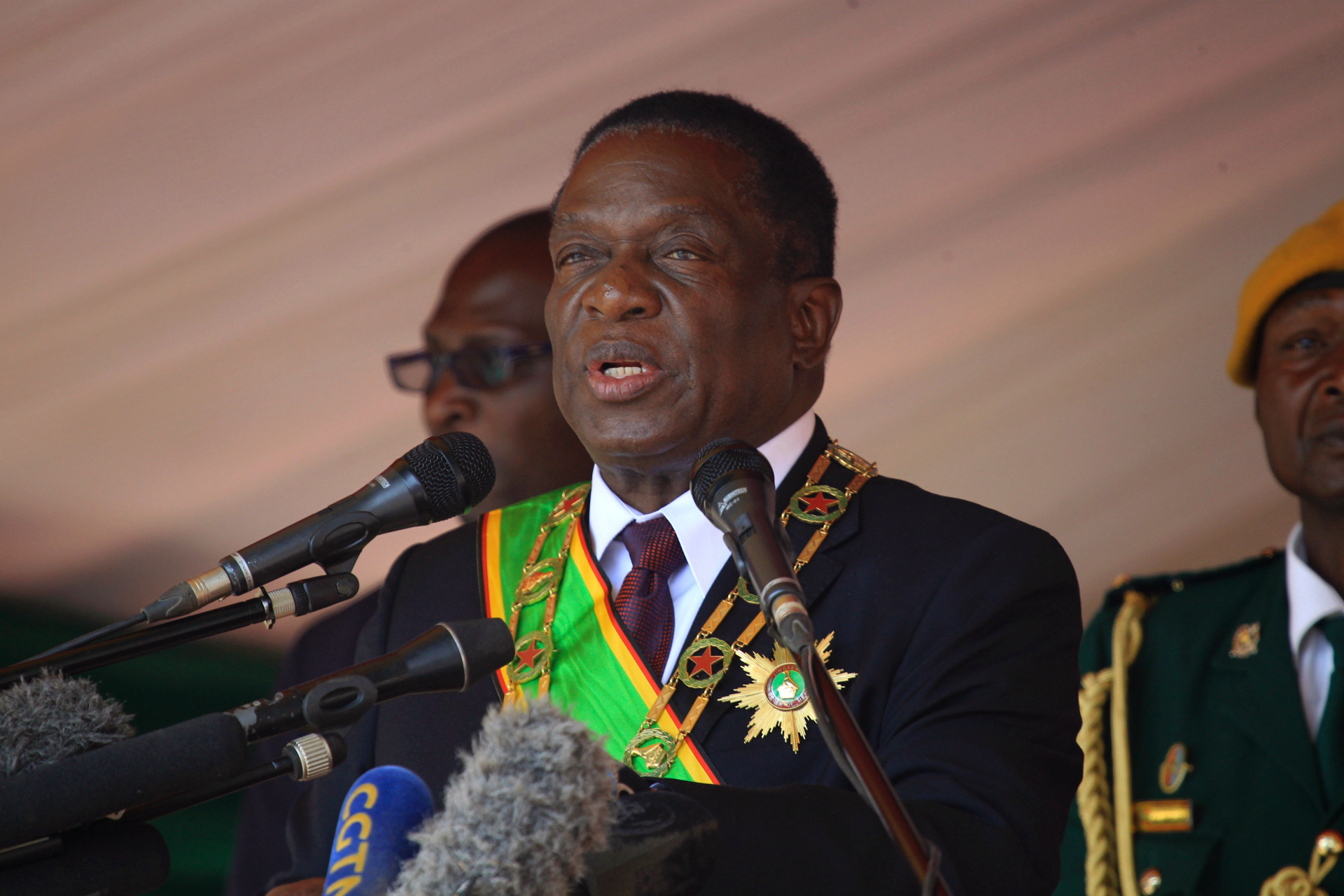 Zimbabwe’s president has called on the troubled country to unite and put the election period behind us and embrace the future in his first public address since winning disputed elections.

HARARE, Zimbabwe –  Zimbabwe’s president has called on the troubled country to unite and “put the election period behind us and embrace the future” in his first public address since winning disputed elections.

President Emmerson Mnangagwa was speaking on the Heroes’ Day holiday which commemorates the lives of those who died in this southern African country’s 1970s war against white minority rule.

Mnangagwa was to have been inaugurated Sunday but the swearing in ceremony was postponed because of the legal challenge to the election results lodged by the main opposition MDC party at the Constitutional Court.

The July 30 vote was largely peaceful and many had hoped it would usher in a new era for Zimbabwe but the capital was rocked by post-election protests in which the military opened fire, killing six people.

Mnangagwa blamed the opposition for the shooting deaths, saying they had incited violence. He, however, urged reconciliation.

“We should never be deterred by temporary setbacks or regrettable events which we encounter in our course to build an open, free and democratic and prosperous Zimbabwe,” said Mnangagwa, who was cheered on by supporters chanting his election campaign slogans.

“The time for politics is over . let us therefore march forward in peace, harmony and love,” said Mnangagwa, an ex-vice president and longtime enforcer of former president Robert Mugabe, who resigned in November after pressure from the military.

The Zimbabwe Electoral Commission has said Mnangagwa and the ruling ZANU-PF party won the country’s first election without Mugabe on the ballot. Mnangagwa won 50.8 percent of the vote, said the commission.

But in their court challenge to Mnangagwa’s win, opposition lawyers allege “gross mathematical errors” and call for a fresh vote or a declaration that main challenger Nelson Chamisa was the winner.

Mnangagwa’s ZANU-PF party is expected to oppose the opposition court challenge. On Monday, he said such differences should not result in violence.

“Let us never allow our differences to separate us, to cause animosity or stir intolerance and violence among us,” said Mnangagwa. “We are one people. It is indeed time for us to close ranks and collectively push our national agenda and forge our country to new frontiers of economic development.”