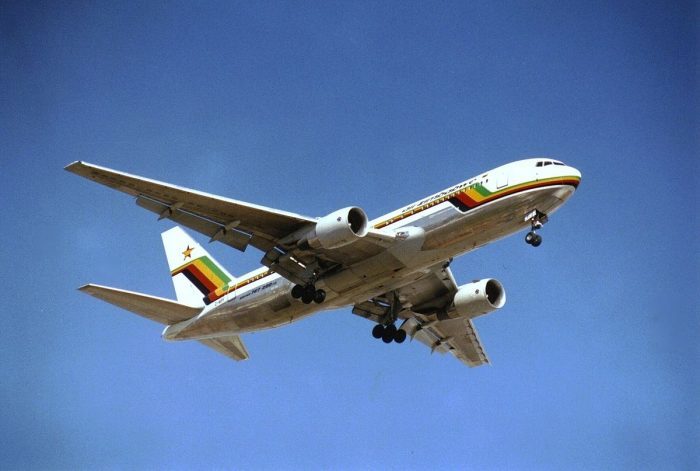 The new Embraer (ERJ145) aircraft which was acquired by the government to expand and balance Air Zimbabwe’s fleet made its maiden domestic journey from Harare to Victoria Falls via Bulawayo.

The Embraer services short to medium range distances which is efficient unlike in the past when the airline used long-boarded aircraft to service short-range domestic routes.

“We are deploying the Embraer (ERJ145) whose capacity is best suited for this route as we begin to rebuild a feeder into the regional network,” she said.

“The resumption of domestic flights is expected to bring convenience to the business community and a boost to the tourism sector,” she said.

She said amid the COVID-19 pandemic, Air Zimbabwe would continue to ensure strict adherence to all prevention protocols as guided by the International Air Transport Association, World Health Organization and the Ministry of Health and Childcare, to ensure the safety of both passengers and crew members.

Air Zimbabwe had initially planned to resume additional flights from March 28, but the plan did not work out.

Air Zimbabwe, which is saddled with huge legacy debts, is rebuilding and has acquired the EJR145 and two long-haul aircraft B777-200s from Malaysia.