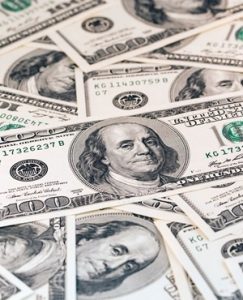 HARARE (Xinhua) — The Zimbabwean government has disclosed that the new traffic interchange to be constructed to the south of Harare will cost 85 million U.S. dollars.

The project, which is expected to ease congestion at arguably the country’s busiest traffic circle, is part of the government’s key infrastructure projects.

State broadcaster ZBC reported Wednesday that Minister of Transport and Infrastructural Development Felix Mhona had told it that the funding for the project had already been secured.

“The whole project will cost 85 million U.S. dollars but this is subject to review and I can gladly say the funding is already there. We also invited private players. Twenty million dollars will be used on detour roads,” said Mhona.

The government last week decided to immediately upgrade the roundabout to an interchange amid complaints by the motoring public that it was hardly passable, especially during peak hours.

Construction will take about 12 months to complete.

Commonly referred to as the Mbudzi Roundabout, a reference to the selling of goats in the adjacent areas, the traffic circle has been a huge source of frustration to motorists who would spend up to two hours covering a stretch of less than a kilometer during peak hours due to the congestion.

It is located at the crossroads of Simon Mazorodze, High Glen, Masvingo and Chitungwiza roads and caters for traffic coming into the city from as far as South Africa.

Local authority Harare City Council has said that it will work with the Ministry of Transport and Infrastructural Development on the project.

A senior government official also said recently that the government was negotiating with a financial institution which had expressed interest in advancing a loan or funding to Treasury.

The project will also lead to the demolition of more than 320 illegal structures in the area, as Harare City Council clears land for the mammoth project.

The structures include houses and shops which were built along road reservations.