Zimbabwe’s Opposition Is Under Attack. It Should Seek a Unity Government Before It’s Too Late. 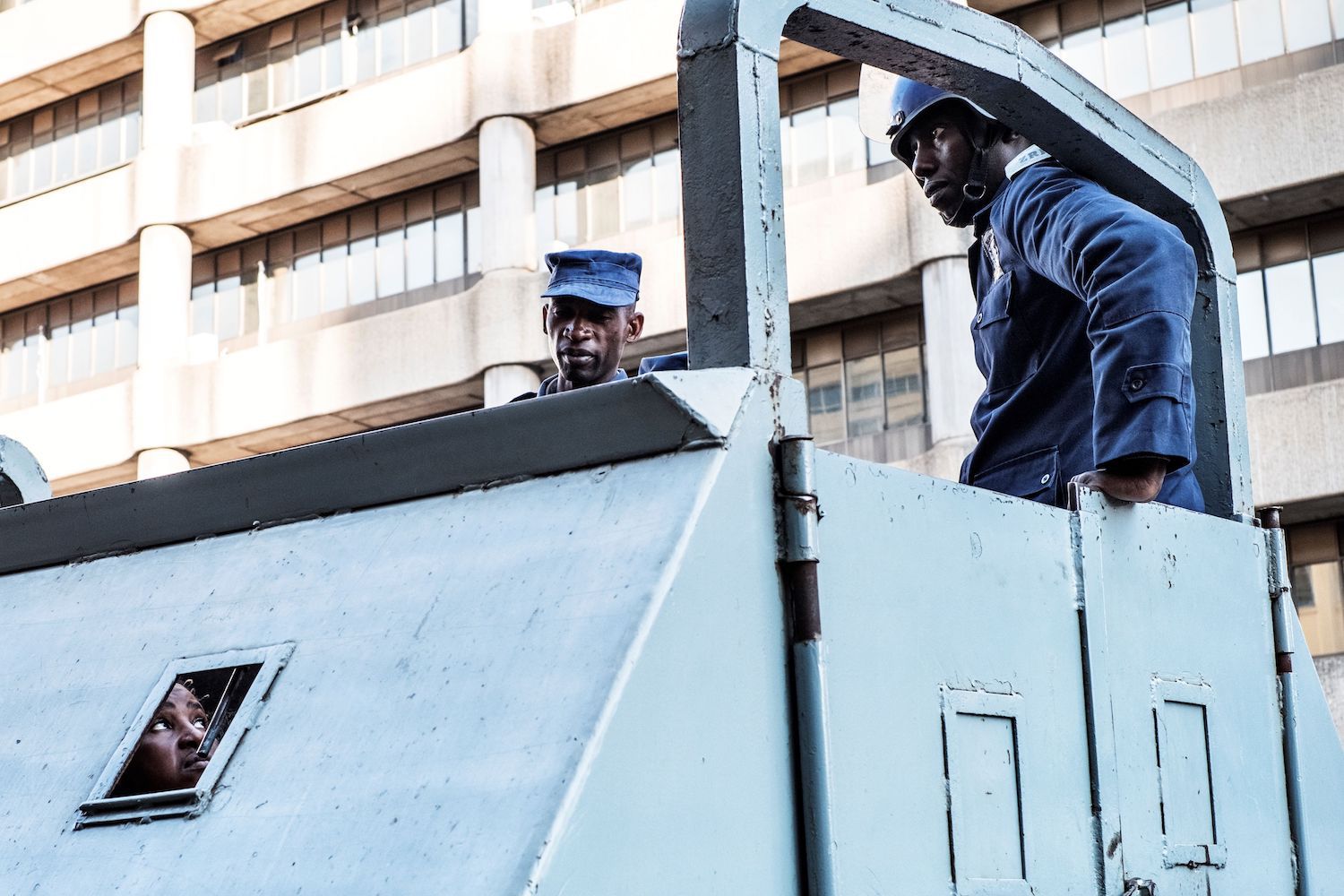 Zanu-PF has proved time and again that it will resort to violence to stay in power. The MDC should not let it happen again.

Source: Zimbabwe’s Opposition Is Under Attack. It Should Seek a Unity Government Before It’s Too Late. – Foreign Policy

Zanu-PF has proven time and again that it will resort to violence to stay in power. The MDC Alliance must pursue a coalition deal with President Mnangagwa, or more lives will be lost.

After Zimbabweans voted on July 30, it took the Zimbabwe Electoral Commission three days to confirm President Emmerson Mnangagwa’s victory. The opposition MDC Alliance is still clinging to the hope that it can reverse the election results in court, something that will never happen if the ruling party, Zanu-PF, has its way. Indeed, in the days since the election, the opposition has reported attacks on its leaders and their families; some of them have even attempted to flee the country for fear of abduction by the military junta. The question now is whether the MDC Alliance should push for a coalition government or continue shouting from the sidelines that Mnangagwa’s victory was illegitimate.

In 2008, Zimbabwe reached a similar crossroads after the presidential election results showed diminishing support for President Robert Mugabe’s government and his Zanu-PF party. That year, between the first-round election in March and the second round in June, at least 153 MDC supporters were killed by Zanu-PF youth militias, and many more were left with permanent injuries. The state-sponsored reign of terror unleashed throughout the country left the MDC’s leader at the time, Morgan Tsvangirai, with little choice but to pull out of the runoff election and enter a coalition government.

The opposition today faces the same Catch-22 situation it struggled with in 2008.

The people’s vote was stolen by the Mugabe regime, but in the wake of widespread violence, Tsvangirai sacrificed his dream of becoming president and threw in the towel to save the many civilians who were at risk of losing their homes, their sanity, and their lives.His argument at the time was that it was better to concede than to fight and put people’s lives in danger. He agreed to come to the table and work with Mugabe in a government of national unity in order to stop the bloodshed, killings, and torture that plagued the country. Although that coalition government didn’t accomplish much, it did bring some peace, tranquility, and order to Zimbabwe. People had food in their homes, the inflation-plagued economy had a bit of revival, and the MDC had a taste of power.

For the sake of Zimbabwe’s people, someone in the opposition needs to make a similar decision today. Zimbabweans are once again witnessing violence on the streets of Harare. A trigger-happy military is waiting to shoot and kill unarmed civilians. There have indeed been anomalies in the electoral process this year, but there should be a way of dealing with those irregularities rather than facing the barrel of a soldier’s gun. The opposition needs to call the people off the streets.

Since its independence, Zimbabwe has been led by a party that believes it has a right to rule. Zanu-PF’s sense of entitlement to power has grown stronger each year since 1980, when it ousted the white-minority Rhodesian government and ushered in a new dispensation and majority rule. Then, in late 2017, Mnangagwa—a key security official in Mugabe’s inner circle who helped oversee the violent 2008 election campaign—ousted his longtime boss in a military coup.

At the time, Zimbabweans celebrated in the streets, and there was much talk of national unity. Now, the people of Zimbabwe are struggling to come to terms with the seemingly abrupt shift by a military that in November used its power to oust Mugabe and has now turned its guns on helpless, unarmed civilians.

But the ruling party and its soldiers were never going to relinquish their hold on Zimbabwe. There is no way Zanu-PF would have snatched power from a dictator only to hand it over to an opposition leader on a platter.

This, after all, is a government whose leaders came to power through the gun and do not believe in the ballot box. The opposition MDC Alliance was therefore naive to think that the Zanu-PF government would not defend its dominance. Indeed, the government has been put in the hands of military men, including Vice President Constantino Chiwenga, Agriculture Minister Perence Shiri, and Foreign Minister Sibusiso Moyo.The MDC Alliance, by contrast, is composed mostly of idealistic members of a younger generation who feel they have been denied the opportunity to govern themselves by an old guard who keep promising them that they are the leaders of tomorrow while crushing any attempts to win power by young politicians who want to lead today.

Unfortunately, there will likely be more killings and attacks on innocent people while Zanu-PF leaders sit in hotels having tea. This leaves the MDC Alliance with little choice going forward. At least Mnangagwa has mentioned that MDC Alliance leader Nelson Chamisa has a huge role to play in the new government—a statement that suggests a possible national unity government.

Newer Post
A crackdown in Zimbabwe exposes the instability of the Mnangagwa regime
Older Post
Zimbabwe: Who is in control?