More than 20 politicians who contested Zimbabwe’s presidential election were invited by president Emmerson Mnangagwa for a meeting. 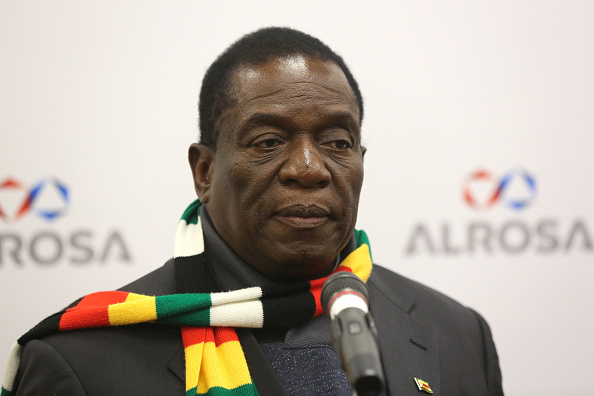 HARARE (Reuters) – Zimbabwe’s President Emmerson Mnangagwa invited opposition leaders to a meeting on Wednesday to draw up terms for a national dialogue, they said, following a brutal crackdown on anti-government protests.

More than 20 politicians who contested July’s presidential election were invited, two of whom – Lovemore Madhuku and Noah Manyika – said they would attend. It would be the first meeting between Mnangagwa and opponents since he took power from Robert Mugabe in November 2017.

Manyika however said he believed conditions were not yet right for meaningful dialogue, which could only happen if hundreds of people detained during the crackdown were released and soldiers withdrawn from streets and checkpoints.

“It can only take place if, as the president promised upon his return from his overseas trip, the heads of those who have been responsible for brutalising citizens roll,” Manyika said.

On Tuesday, a nationwide strike by public sector teachers for better pay got off to a patchy start, as some stayed at home while others attended school but did not teach amid fears of further intimidation.

The president hiked fuel costs by 150 percent last month and immediately travelled abroad, triggering unrest that drew a violent response from security forces and eventually persuaded him to cut short his foreign tour.

On his return home, Mnangagwa promised action against brutality by police and troops and called for a national dialogue.

There was no immediate comment on Tuesday’s invitation from Mnangagwa or his spokesman.

Nelson Chamisa, who heads the main opposition Movement for Democratic Change party and who counts Manyika among his allies, could not be reached for comment.

The MDC believes Zimbabwe is reverting to the authoritarian rule that characterised the regime of long-time leader Mugabe, and says the election that confirmed Mnangagwa as president in July was rigged, an allegation the judiciary rejected.

The southern African nation is mired in an economic crisis marked by soaring inflation and shortages of cash, fuel and medicines.

Many government workers are demanding wage rises and payments in dollars to compensate.

On Tuesday the striking Zimbabwe Teachers Association (ZIMTA), the biggest teaching union, said most of its members had stayed at home but that security agents had gone to some schools taking details of absent teachers.

The union accused authorities of spreading fake news to discourage teachers from going on strike after state media reported that the stoppage had been called off.

“Report all forms of intimidation, we are building a dossier of such,” ZIMTA said in a notice to members.

Cabinet ministers declined to answer questions on the strike at a media briefing in Harare.

In schools around the centre of the capital, most teachers appeared to have turned up for work, but some were not taking lessons, witnesses said.

In a classroom at a primary school in Harare’s Mbare township, a Reuters photographer saw one teacher eating from her lunch box in class while pupils sat quietly.

Zimbabwe has more than 100,000 public-sector teachers.