Zimbabwe’s president has skipped the first rally since the deadly unrest in the country says Western countries are behind the violence. 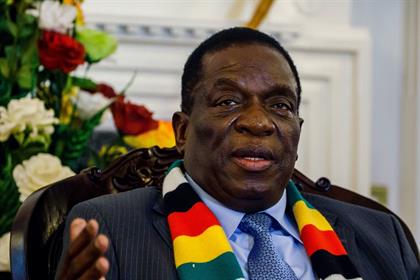 A spokesman says Zimbabwe’s president has skipped his first political rally since last month’s deadly military crackdown on protests so he could explain the unrest to fellow African leaders.

President Emmerson Mnangagwa’s administration has been under pressure amid reports of at least 12 people killed, hundreds wounded and some women raped.

The military remains in the streets, and human rights groups, witnesses and opposition figures continue to report abuses in poor and working-class suburbs.

The army in Zimbabwe says “bogus elements” are responsible for beating and killing civilians – rather than the security forces. The country is in the midst of protests over massive fuel price rises.

International condemnation continues over the crackdown on the protests over steep fuel price increases.

The top US diplomat for Africa says the United States is “deeply concerned”.