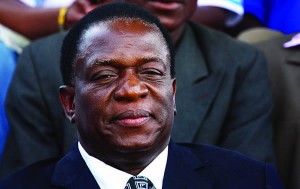 ZIMBABWE should address a number of critical policy issues to take the economy out of crisis, a global advisory firm has said, urging urgent attention on market reforms and the restoration of competitiveness and export growth.

“We expect dollarisation to remain over the medium term, at least until the authorities feel the conditions are right to reintroduce their own currency,” Exotix said in its report titled Cross-Asset Strategy.

“But making dollarisation work means pursuing reforms to make markets more flexible, improving competitiveness, and boosting net exports to increase US dollar supply, which would then alleviate cash and foreign currency shortages. The large current account deficit, projected by government in its 2018 budget at $1bn this year, with exports of $4,6 billion and imports of $6,8 billion, suggests the external situation, given the lack of external funding, is still weak,” said Exotix.
It said boosting foreign currency supply will be important.
“Dollarisation is probably a few academics’ optimal currency choice for a small open economy subject to shocks, but we suspect weak institutions and low policy credibility, specifically little trust in fiscal policy, and lack of reserves will prevent reintroduction of its own currency for some time. And given the authorities’ other challenges, having at least one nominal anchor, in the form of dollarisation, will be useful,” the report added.

Exotix described the fiscal policy as Zimbabwe’s only real policy lever as dollarisation had meant the country has no independent monetary policy.
Constraints of dollarisation have meant that the country cannot print money.
Lack of access to external funding due to sanctions and a debt crisis had resulted in Harare largely relying on domestic financing.

Government had to issue Treasury Bills and print its quasi money, called bond notes, introduced at the end of last year to finance public spending and “burgeoning fiscal deficits”, it said.
Domestic debt has risen from being negligible five years ago to 25 percent of gross domestic product (GDP) while bond notes, originally introduced at parity with the US dollar, have sunk in value on the informal market.

“Zimbabwe has a debt problem and is classified as being in debt distress by the International Monetary Fund,” said Exotix.
“While the headline debt ratios don’t appear too bad on the surface, much of it is in arrears. Most of this is owed to multilateral institutions. Zimbabwe will need comprehensive debt relief from the international community to resolve its debt problems and arguably securing debt relief will be the new President’s biggest prize.

“Yet while Zimbabwe has a debt problem, it is not currently eligible for debt relief under the Highly Indebted Poor Country (HIPC) initiative, which has resulted in significant debt forgiveness for several sub-Saharan African countries, as its debt is too low.