Zimbabwe’s tobacco farmers to get half their earnings in US$

Source: Zimbabwe’s tobacco farmers to get half their earnings in US$ 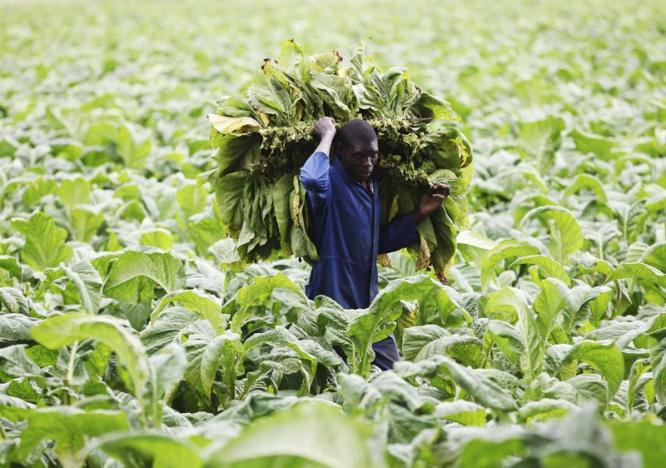 Harare — The Reserve Bank of Zimbabwe (RBZ) has said it will pay tobacco farmers half their earnings in US dollars after producers demanded forex payments due to a lack of confidence in the local currency.

Tobacco is one of Zimbabwe’s top export earners and last year brought in more than US$500m in earnings last year. There were fears farmers would withhold their crop if they did not receive payments in US$ ahead of the tobacco-selling season set to start this month.

Zimbabwe is the largest grower of tobacco in Africa and has some of the best climatic conditions to grow the crop in the world, despite the persistent climate change-induced droughts Southern Africa is facing.

Last year, the Tobacco and Industry Marketing Board (TIMB) sold 256-million tonnes of tobacco, which was the highest output since the chaotic land reform programme 20 years ago.

Despite the record output, experts say the new tobacco growers — mostly communal farmers who are shunning the staple maize crop and other grains — have been bringing to market poor-grade tobacco that sells at a low price or is sometimes rejected.

The future of the tobacco industry also hangs in the balance due to the World Health Organisation (WHO) Framework Convention on Tobacco Control that restricts smoking and use of tobacco.

Furthermore, the coronavirus pandemic poses a new threat to the tobacco industry as China is the largest importer of tobacco from Zimbabwe.  Though the crop is exported in US dollars, the cash-strapped Zimbabwe government retains part of the forex in it’s coffers and pays the farmers in its almost worthless local currency.

A similar promise to pay half the earnings in hard currency was made last season but the government failed to deliver as forex shortages continued. The failure prompted calls to hold this year’s crop by the growers.

This year, the RBZ says farmers are free to keep money in their foreign currency accounts as well as conduct foreign transfers without limits. The RBZ is battling to keep its local currency relevant as most businesses prefer to use foreign currency due to the unpredictability of the local unit.

In June last year, the central bank re-introduced the local currency after 10 years of a multi-currency system dominated by the US dollar and the rand. It also accepted sterling, the yen and Botswana’s pula.

Tobacco farmers have been permitted to conduct inter-foreign currency accounts payments without any restrictions and the account balances will not be subject to any liquidation requirements. Farmers who took loans in foreign currency will also repay them in US dollars.

“We are happy for now but we wait to see if the banks will readily release the forex,” the Tobacco Association of Zimbabwe (TAZ) president George Seremwe told state media on Friday. The TAZ represents all commercial growers.

Other producers said they have reluctantly agreed to the 50% forex payment but they would have preferred 100% payment in US dollars.