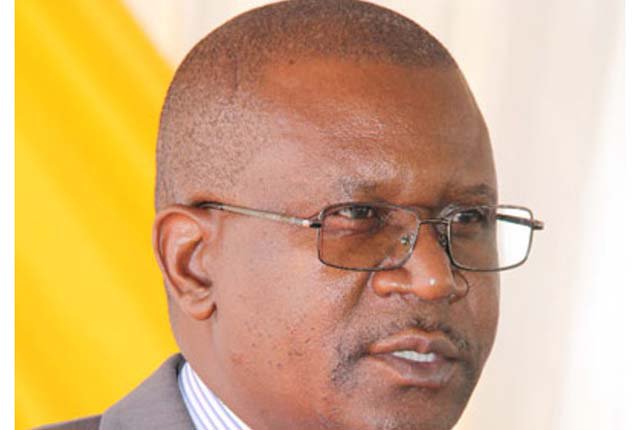 “The Minister of Higher and Tertiary Education, Science and Technology Development Professor Amon Murwira has decided to send the Zimbabwe Manpower Development Fund (Zimdef) top management on leave in terms of section 48 (2)(b) of the Manpower Planning and Development Act (Chapter 28:02).

“The chief executive officer Mr Fredrick Mandizvidza has been sent on forced leave together with the principal director finance and administration, the Human Resources manager, the senior revenue manager, the corporate legal secretary and the chief accountant,” read the statement from the ministry.

It added: “The CEO and his team have not been suspended, but have been sent on forced leave with full benefits to pave way for forensic audit. The six members will immediately proceed on leave for the period extending from December 13, 2017 to January 31, 2018. The Auditor-General has been requested to facilitate the process of carrying out this forensic audit.”

Professor Murwira has in the interim appointed Engineer Sebastian Marume as acting chief executive officer. Eng Marume is currently the director of Quality Assurance and Standards in the Ministry. “The ministry is committed to improving the performance of Zimdef in line with Government’s parastatal review programme,” he added.

The sending on forced leave of Zimdef top management and an order for a forensic audit follow reports of corruption at the organisation that was reportedly committed by former Higher and Tertiary Education, Science and Technology Development Minister Professor Jonathan Moyo and his then deputy Dr Godfrey Gandawa.

Prof Moyo is accused of siphoning over $400 000 from Zimdef in connivance with Dr Gandawa. Zimdef funds are meant to support students at tertiary institutions. The pair allegedly siphoned the money through shelf companies and Dr Gandawa’s personal account. At one point, Dr Gandawa bought personal furniture from the proceeds while Prof Moyo confirmed buying bicycles for people in his constituency.