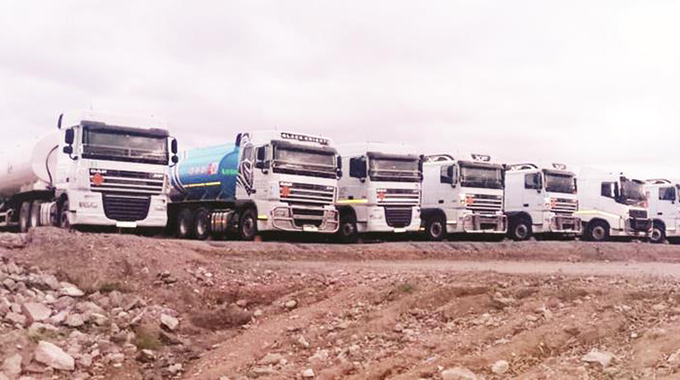 Sources close to the case said the nine tankers arrived from South Africa without any clearance documents as now required.

All goods entering the country are subject to a pre-clearance process which involves the payments of levies and duties prior to their arrival at the port of entry.

However, in this case, border authorities say tankers, each carrying an average of 40 000 litres of fuel, arrived with drivers only.

“They were picked by alert security teams which enlisted the services of Zimra to identify the contents. Smugglers tend to declare that tankers are carrying zero-duty liquids, like soya oil.

Follow up investigations revealed that the owners, whose names have been withheld pending more investigations, had not declared anything and as a result the vehicles have been seized with their contents, said a border official.

The source said three tankers with 120 000 litres of diesel were destined for Bulawayo while the other six with 240 000 litres of unleaded petrol 95 were headed for a dealer in Harare.

Zimra’s spokesperson, Mr Francis Chimanda could not be reached for comment and the Beitbridge manager, Mr innocent Chikuni, was also not reachable.

The police officer commanding Beitbridge, Chief Superintendent Tichaona Nyongo, said the matter was still being handled at Zimra in line with

The Herald understands that no arrests have been made and the seizures are dealt with by Zimra.

So far the tankers are still parked within the commercial yard pending further management of the case.

It is alleged that syndicates involved in fuel smuggling make false declarations claiming they are shipping in paraffin, Jet A1, bulk cooking oil or soya oil to evade paying import duty.

Under the country’s customs laws, Jet A1 is imported duty-free and in some cases, the fuel will have been stolen in South Africa.

At the moment two Zimbabweans, Owen Muterede (38) and Huggins Nyamutamba (43) are set to be tried on December 8 at the Harrismith Regional Court in Free State province of South Africa for stealing 40 000 litres of fuel worth R3 million.

The two have been languishing in remand prison since their arrest on December 29, 2019.

Their trial has had too many false starts since the beginning of the year with the National Prosecuting Authority failing to get the services of a Shona interpreter.

Muterede and Nyamutamba were arrested by South Africa’s specialised crime unit, the Hawks, for allegedly stealing petrol and diesel at a Transnet station in Warden, in the Free State.