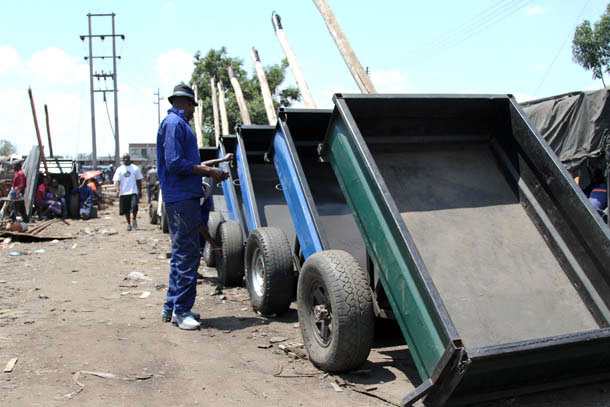 BY MTHANDAZO NYONI
CAPACITY utilisation in Zimbabwe’s manufacturing industry is projected to increase to 58% in the third quarter of this year, an improvement from 54% in the second quarter of 2021.

In its second quarter business and economic intelligence report, the Confederation of Zimbabwean Industries (CZI) said the upward trend in capacity utilisation, a measure of productive efficiency, reflected an industry that is recovering.

“Capacity utilisation has increased to about 54% in the second quarter with projections for the third quarter standing at 58%,” the report said.

“The upward trend in capacity utilisation reflects an industry that is recovering, which is not surprising given improved access to foreign currency and the improvement in output in the agriculture sector.”

CZI said about 38% of the manufacturing sector firms indicated that they had undertaken expansions, including technology upgrade and new investments in the second quarter, which also supported investment in increasing capacity.

The 2020 manufacturing sector report reflected that business anticipated capacity utilisation to grow to 61% by end of 2021, anchored largely by expectations of sustained currency and inflation stability.

The average capacity utilisation of 54% in the second quarter shows that the 61% forecast is still on course as firms are investing in expanded production capacity, the industry body said.

The survey results show that Masvingo is the only region where the average capacity utilization for firms is below 50%.

“Only firms from the foodstuffs and metals and metal products participated in this survey from Masvingo.

“Thus, the low capacity utilisation only underlines the challenges and cost of doing business that are associated with these two subsectors in Masvingo,” it said.

“On the other hand, Mashonaland Central province had the highest capacity utilisation rate among the firms participating in the survey followed by Bulawayo.

‘In terms of forecasts into the third quarter, only respondents from Mashonaland East expect that there will be no movements in the capacity utilisation levels.”

“The patterns generally underline that the improvements in capacity utilisation will be felt across all the locations, as the operating environment is improving nationally.”

CZI said all the sub-sectors recorded an increase in capacity utilisation in the period under review compared to the first quarter except for the paper, printing and publishing sub-sector.

“Average capacity utilisation for this sub-sector decreased by 11 percentage points to 63%.

“Although this sector did not register an increase in the second quarter, it is still among the best performers in terms of capacity utilisation, being second only to the non-metallic mineral products sub-sector,” it said.

According to the report, the non-metallic mineral products sub-sector, which includes cement manufacturing and construction related companies, recorded the highest capacity utilisation.

This was on the back of increased demand from the construction industry, including residential and commercial properties as well as road constructions being carried out by the government under the emergency road rehabilitation program.

“Only about 10% of the installed capacity in this sub-sector was idle by the end of the second quarter, the report said.

CZI said the clothing and footwear sub-sector remained the main struggling sector, pointing at the need for more strategies to boost production and value chain linkages, especially given that raw materials such as cotton and leather are locally available.

In the third quarter, only the non-metallic mineral products subsector anticipates a decrease in capacity utilisation.

CZI said none of the players in this sub-sector undertook any new investments in the second quarter, and the main concern that they mentioned, which could explain the anticipated reduction in capacity utilisation, was Statutory Instrument 127 of 2021, which they indicated that it  was making their business struggle to get foreign currency from local US$ sales.

“The clothing and footwear sub-sector does not expect a change in capacity utilisation in the third quarter,” the report added.

“In general, the chemical and chemical products sector and clothing and footwear sector are expected to continue to operate at below 50% of capacity into the third quarter.

“This makes it paramount to understand the specific challenges that need to be addressed for these sectors.”

“The clothing and footwear sector is massively affected by import competition.

“However, components of those imports include smuggled products and secondhand clothes which take off demand from genuinely manufactured products.”