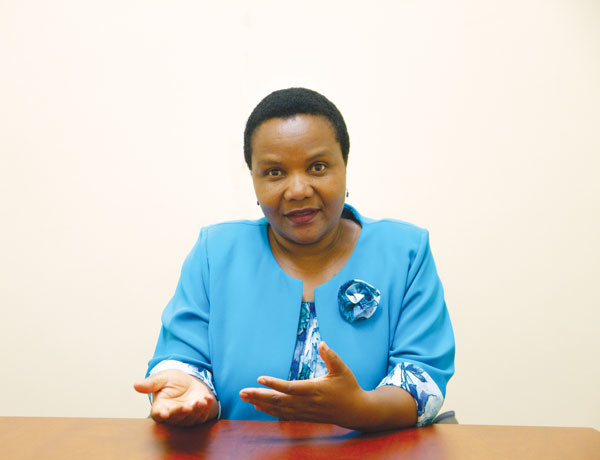 FOR years, the Zimbabwe National Statistics Agency (Zimstat) has produced reports around the cost of living and inflation that do not seem to reflect current market dynamics.

Our senior business reporter, Tatira Zwinoira (TZ) spoke to Zimstat director of the macroeconomics department, Tafadzwa Bandama (TB) to find out how it operates.

Bandama spoke at length about how the agency comes up with inflation figures.

TZ: Since moving to Zimstat, coming from the private sector, did you see anything that needed to be changed at the macroeconomic division that you now head?

The CAPI method speeds up the process of data collection, processing and dissemination.

The Macroeconomic Division, which produces inflation statistics, had started collecting Consumer Price Index (CPI) data using CAPI and this enables Zimstat to publish inflation statistics within the same month of data collection. A feat, which other countries in Comesa and Sadc are still to achieve.

Since the beginning of my service at Zimstat, the macroeconomics statistics division is now producing and disseminating provincial inflation numbers.

The division is producing both month-on-month and year-on-year inflation rates by province since June 2021.

The External Trade Statistics Report has been amplified to include high level segregated statistics to inform the policy formulation and implementation process.

In order to support evidence-based policy making and in view of the operationalisation of the African Continental Free Trade Area (AfCFTA), the division upgraded its External Trade Statistics Report from producing a summary of monthly external trade statistics, showing total exports and imports with the resultant trade balance.

The report traditionally showed monthly exports and imports by broad economic categories such as food and beverages, industrial supplies, fuels and lubricants, capital goods, transport equipment, consumer goods, among others.

Value addition and beneficiation initiatives can be informed by high level trade data, which shows what the economy imports and exports.

Trade information also helps inform the development of a robust value chain policy as firms strive to become competitive to participate in the AfCFTA.

TZ: How does Zimstat collect data for inflation?

About 35 000 price observations are collected throughout the country within the five-day data collection period.

Data on prices are collected on a monthly basis, usually over five  working days around the 15th of every month.

Zimstrat uses the Point-in-Time Index method to collect data and the survey focuses on one particular day of each month.

However, actual data collection is done over a period of five days around a price reference date.

The Point-in-Time Index method, therefore, involves carrying out a single survey per month, compared to the Monthly Average Index method, where data is continuously collected throughout the month.

The Point-in-Time Index method allows for the production and dissemination of price statistics 10 days after data collection, since data processing starts as soon as the survey is completed.

TZ: As you may know, a lot of businesses have been complaining about a new phenomenon called “US dollar inflation”. In light of this, what currency does Zimstat capture when it is taking pricing data to formulate inflation statistics?

TB: Zimstat collects data in both local currency (ZWL) and in foreign currency (US$). Remember, Zimstat is responsive to the needs of its stakeholders.

TZ: The annual inflation rate has been explained as the frequency of price increases as compared to the previous year by Zimstat in the past.

This is a phenomenon that is called inflation deceleration.

Prices are still going up, but the rate at which prices are increasing is slowing down.

This can be illustrated by taking an example of two athletes competing in two separate events; one is running a 100-metre event and the other 8000-metre marathon.

Obviously, they are both running and moving forward.

However, the athlete in the short sprint of 100 metres will be running at a heightened pace, while the marathon athlete will be running, albeit at a comparatively much slower pace.

Both athletes will be moving forward, but at different rates.

As long as the rate of inflation is greater than zero, it means prices are increasing.

The rate at which they are increasing is determined by the magnitude of the inflation rate.