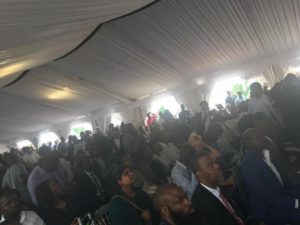 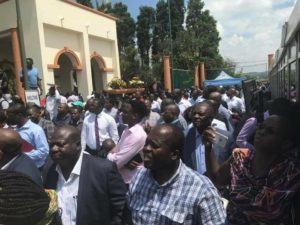 By Paul Nyathi | President Emerson Mnangagwa has shown a shocking popularity amongst Zimbabweans living in South Africa as almost ten thousands Zimbabweans turned up to meet him in what was meant to be a business briefing of an expected 100 people.

The Diaspora has traditionally been an opposition stronghold with Morgan Tsvangirai enjoying unfettered support which has now been shaken, by Mnangagwa’s visit. The meeting which was set for the Zimbabwean Embassy gardens in Pretoria South Africa on Thursday, saw the entire CBD in the South African capital congested with vehicles and people making their way to the embassy.

As at the time of writing this article, the thousands of Zimbabweans were still filling up the streets of Pretoria with Jah Prayzer’s song “kutonga kwaro” being played in high volumes in vehicles parked along the road to the embassy. Enterprising people made a killing selling copies of the Jah Prayzer album, Zimbabwean flags and different artefacts with Mnangagwa’s name on them.

The Zimbabweans have demanded the embassy to urgently convene a rally in the City for them to interface with the new President. Meanwhile, the few Zimbabweans who wanted to demonstrate against Mnangagwa could not even be seen in the huge crowd as their demonstration failed. – Source: https://www.zimeye.net/pictures-mnangagwa-takes-over-tsvangirai-territory-as-scores-of-zims-stampede-to-meet-him/