Some important background published in 2009 is here: http://denfordmagora.blogspot.com.au/2009/02/how-robert-mugabe-amassed-fortune.html 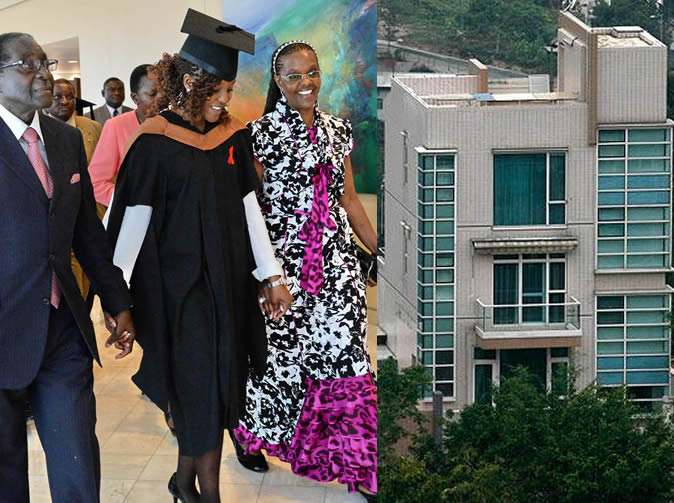 President Robert Mugabe has approached a Hong Kong court over a luxury home which was reportedly bought by a middleman for use by his daughter, Bona, while attending university in that country.

When the deal was revealed in 2009 Mugabe denied owning the property claiming that he was only renting it for ‘our daughter and her friends.’ At the time Mugabe insisted that he did not own any other property outside Zimbabwe.

But according to a Wednesday report in the South China Morning Post, the government of Zimbabwe, led by Mugabe, is suing businessman Hsieh Ping-sung and a company, Cross Global.

In 2009 it was reported that Mugabe forked out HK$40 million for the three storey pad. Reports then suggested that Ping bought the property on behalf of Mugabe through Cross Global, in which he was the sole shareholder.

The company is reported to have then sold the property to Hsieh in 2010. According to the report, court papers show that Ping then transferred all his shares in Cross Global to a South African named as Johan Carel Nel.

Reports this week said Ping and Grace Mugabe fell out over a botched deal to buy trucks in which Grace is claiming that Ping had stolen $1 million from her. Grace’s aide is reported to have told the Sunday Times of South Africa that the money was sent to Ping in South African to buy trucks, which were never delivered.

Grace, who was also said to be involved in a mining joint venture with Ping, has previously tried to have the businessman arrested and extradited to Zimbabwe.