Zimbabwe is trying to capitalize on a wave of religious tourism. Commentators are trying to work out what forms this will take. Perhaps there will be a visit to the shrine of Mother Gabriel

According to reports, tourism minister Walter Mzembi last week unveiled a religious tourism policy which seeks to tap into the popularity of charismatic prophets within the country.

A Daily News report of Thursday last week quoted Mzembi saying the policy was borne out of a realisation that many people are attracted to local religious shrines, such as the Bernard Mizeki shrine in Marondera. 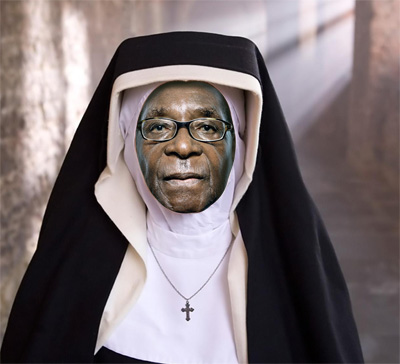 The minister also cited prophet Emmanuel Makandiwa, the Zaoga Prayer Mountain in Bindura as well as the Johane Marange shrine as having the potential to see the government policy’s success.

Mzembi reportedly promised that the government will not tax ‘tithes and donations’ but will only tax the Church’s profitable initiatives in the transport and conferencing sectors.

He added that a new religious tourism board will be announced in early 2014 and will kick start the project with a conference.