The Zimbabwe National Water Authority (Zinwa) has sent engineers to Mazowe to assess Kent 1 and Kent 2 dams at Iron Duke, whose walls collapsed on Sunday, causing downstream flooding of Mazowe River, leaving one person dead and another missing.

Zinwa corporate communications and marketing manager Mrs Marjorie Munyonga said the engineers will assess the likely cause of the breach.

Information gathered from the assessment will also be used to help Zinwa avert similar incidents in future.

This is the second time one of the dams at Iron Duke has breached. 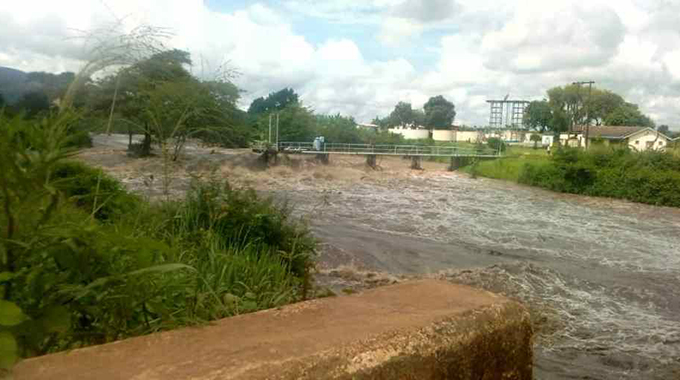 “The seasoned engineers will assess the nature and likely cause of the breach before coming up with recommendations on the required remedial action and how such action can be instituted,” said Mrs Munyonga.

“Information gathered from the assessment will also be used to help in Zinwa’s future disaster preparedness and to avert similar incidents in future.

“Zinwa, being the country’s water resources management lead agency mandated to minimise the impact of floods, droughts and related disasters, will also provide technical advice to the owners of the dams during the institution of the necessary remedial action.

“The authority also wishes to advise owners of private dams on farms or other properties to comply with requirements of the Water Act which compels them to notify the Secretary for Lands, Agriculture, Fisheries, Water and Rural Resettlement of any impending danger to their dams.”

Zinwa has already started work to restore water supplies in Glendale through the servicing and drying of water abstraction components which were submerged in water during the flooding.

Clr Moyo said: “I witnessed the same incident in 1995 and when I heard the same sounds, I warned people that the dam was about to collapse,” he said.

“We managed to evacuate a lot of people and two people who were taking pictures 200 meters from the dam wall were swept away.

“We suspect that more people, including gold panners were swept away downstream. At the moment five are reported missing.”

The water was capable of irrigating 1 000 hectares.