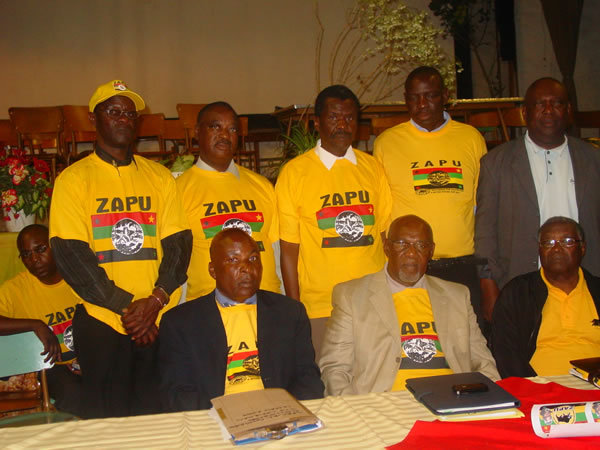 BY NIZBERT MOYO
ZIPRA war veterans are seeking an audience with the police to help prevent possible future standoffs over their yellow regalia.

The development comes a fortnight after police clashed with the war veterans during a memorial event of the late former Vice-President Joshua Nkomo.

Police reportedly questioned the yellow regalia they were putting on.

The ex-fighters were allowed to proceed with their event after heated engagement with senior police officers over the yellow regalia.  Zipra war veterans’ spokesperson Buster Magwizi yesterday told Southern Eye that he had been tasked by his association members to engage police over the issue.

“They told us that the commemorations were politically-motivated due to our yellow T-shirts. This was an embarrassment to us. We are not politicians, but simply war veterans of this country; yellow is just a colour that is there on our Zimbabwean flag. So I have been asked by his members to engage the police, particularly the Dispol,” Magwizi said.

“Police should not be used as political stooges of Zanu PF. I wonder if police would do the same for those in Zanu PF putting on the yellow colour,  and if they do not,  then we can say that our police are left-handed instead of being right-handed,’’ he said.