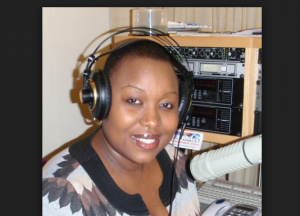 HUMAN rights lawyers have hauled Registrar-General (RG) Tobaiwa Mudede to the High Court seeking an order compelling him to remove some travel restrictions imposed on freelance journalist Violet Gonda, who was blacklisted by the government and denied a Zimbabwean passport.

Lawyers from Zimbabwe Lawyers for Human Rights (ZLHR) recently filed an application in the High
Court seeking an order to oblige Mudede and Home Affairs and Cultural Heritage Minister Obert Mpofu
to unconditionally issue Gonda with a Zimbabwean passport.

In the application, Gonda’s lawyer Denford Halimani of ZLHR argued that officials at Mudede’s offices
declined to issue the freelance journalist with a passport when she attended at the RG’s offices with the intention of applying for a new Zimbabwean passport to replace the one which had expired while she
was resident in the United Kingdom.

Halimani disclosed that in declining to issue Gonda with a passport, an official at Mudede’s office
returned her application with an endorsement written “S.L”, which implied that her application could not be processed as her name was on a so-called STOP LIST and hence Mudede was prohibited from
issuing her with a passport or any form of identification which a Zimbabwean citizen is entitled to.
Halimani argued that her client, who paid the requisite application fee amounting to $253 for the
processing of a passport in a period of three days was shocked by the conduct of officials at Mudede’s
office as she is a Zimbabwean citizen by birth whose citizenship has not been renounced.

Halimani stated that her client’s rights as guaranteed in section 35 (3)(b) and (c) of the Constitution
were violated as she is entitled to be issued with a passport and other travel documents and other
identity documents issued by the state.

Halimani argued that Gonda has not been charged or convicted of any offence by a competent court to
justify placing her on a restriction list and that her Zimbabwean citizenship cannot be revoked or lost
under any circumstances whatsoever.

The human rights lawyer protested that Mudede’s conduct is a violation of Gonda’s fundamental rights
as a citizen of Zimbabwe including freedom of movement and residence and also of her right to
administrative justice and fair hearing which are protected in terms of section 68 and 69 of the
Constitution.

Gonda also wants Mudede’s so-called stop list to be declared illegal, invalid and to be struck off.
The matter is yet to be set down for hearing in the High Court.