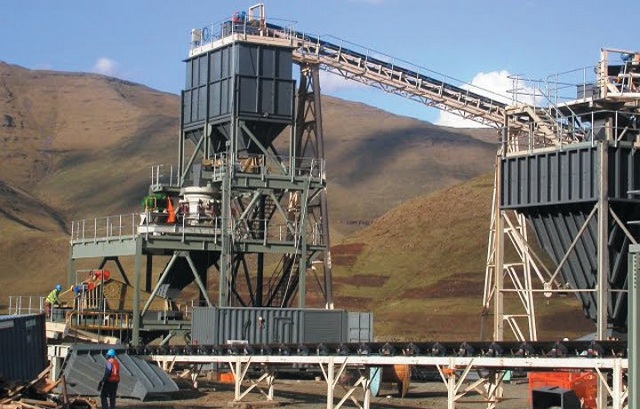 “We have tendered Sandawana Mine in Mberengwa. The mine is endowed with minerals such as iron ore, gold, emeralds, tantalite, and lithium.

“So, we are looking for a partner who will be able to exploit at least 50 percent of the minerals, high on the list, the easier one is the emerald but if anyone also wants to go into lithium or tantalite the better for us,” he said.

Mr Chimhina said although Jena Mines has been re-opened, they have also tendered it seeking investors with a view to inject fresh capital to boost gold production at the mine.

“On gold properties, we also have Elvington Mine. We also tendered it and is on care and maintenance currently, and very soon we will be engaging our partner to re-open the mine.

“Our target for all the tenders is to have concluded the joint venture issues by 11 June 2018 so that we begin to move onsite,” he said.

Elvington Gold Mine suspended operations in 2003 due to the collapse of one of its main shafts and was placed under care and maintenance.

The mine is involved in dump retreatment while preparing for resuscitation of underground operations. Before suspending operations, the mine used to produce 45 kilogrammes of gold per month.

On Lynx Graphite Mine in Karoi, which was also under care and maintenance, Mr Chimhina said the mine had also been tendered.

“The mine was closed after the Germany investors pulled out of the partnership some years ago,” he said.

The parastatal, which also owns Sabi Gold Mine re-opened the Zvishavane-based mine in March last year through a joint venture partnership with a local investor, Chandiwana Mines.

The gold mine has since improved output to 25 kilogrammes as of last month employing over 400 people.

Mr Chimhina said his organisation was looking at investors with capital, technology and skill and thus local and foreign investors were being considered for the joint venture partnerships.

“The people who responded to the tenders were both local and foreign and we are not discriminating. Whoever is competent, whether foreign or local we will take you on board.

“We have been concentrating on foreigners for some years at ZMDC and we didn’t yield any joint venture that is positive,” he said.

“But immediately when we opened it to the locals we then got Chandiwana Mines and we opened Sabi and it is running, so why would we turn around and say only foreigners?”