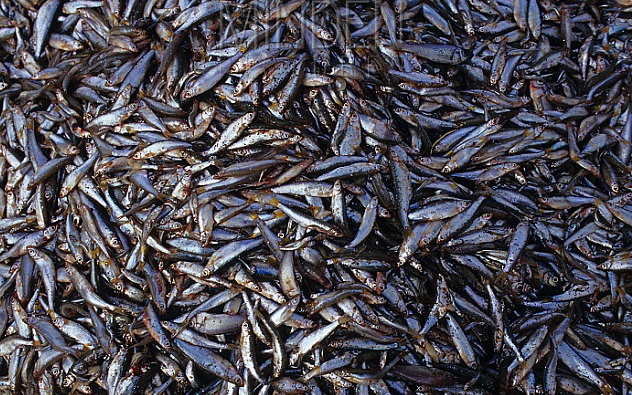 Vincent Gono recently in Chivi, Features Editor
THE Government has successfully transferred over 100 000 kapenta fish from Kariba to Tugwi-Mukosi Dam as part of efforts to enhance its economic and recreational capacity but has raised a red flag over the continued increase in cases of fish poaching in the country’s dams where fingerlings were put under the command fisheries programme.

Fish poaching is seriously threatening the success of the Government initiative where the fish are poached before they mature and comes amid revelations of crocodile attacks where body parts of two unidentified people suspected to be fish poachers were recently removed from the belly of a crocodile that was killed in a Harare river.

In an interview with the Sunday News on Thursday, Zimbabwe Parks and Wildlife Management Authority spokesperson Mr Tinashe Farawo confirmed the recent successful transfer of more than 100 000 kapenta fish from Kariba to Tugwi-Mukosi in Masvingo, making it the only inland dam in the country to have kapenta.

The more than 100 000 kapenta is an addition to the 200 000 fingerlings of other fish varieties that were put in the dam late last year for breeding purposes out of a target of 1,5 million fingerlings.

He said previous attempts to transfer kapenta to other dams were not successful as the kapenta would die of shock temperatures.

Mr Farawo however, expressed concern over the increase in cases of fish poaching in the country’s dams as well as the continued loss of life to crocodile attacks while people were poaching fish.

“We are very excited that we managed to transfer more than 100 000 kapenta from Kariba to Tugwi-Mukosi Dam in Masvingo. The transfer this time was very successful. Previous attempts did not yield the intended results as the small fish would die due to shock temperatures.

“This will therefore be our first kapenta project in an inland dam. We are however, worried over the increase in fish poaching across the country. The illegality has become so rampant but we are trying to fight that through a number of initiatives.

“We are also worried by the number of drowning incidents as well as crocodile attacks. Most of our dams and rivers are heavily infested with crocodiles and fish poachers have been falling victim to the attacks. Recently we killed a crocodile in Harare’s Budiriro suburb in a river that feeds into Lake Chivero and we found body parts of two unidentified people in the large reptile’s belly,” he said.

He said they were carrying out awareness campaigns in areas where there were dams and where fish poaching was rampant.

“We are carrying out patrols and our officers often engage in running battles with the poachers. We have also been establishing dam committees where we involve traditional leaders and their subjects in areas where the dams are to try and cultivate a sense of ownership among the locals,” said Mr Farawo.

He added that cases of drowning were being reported almost every week in Togwe-Mukosi Dam. The dam that was completed last year has become the largest inland dam in the country and the kapenta fish initiative embarked on by the Government that adds to the command fisheries programme which is meant to boost the dam’s economic contribution to the communities and the country other than providing irrigation water to sugar plantations in the lowveld.

The fingerlings thrown in the dam by the Government, should they mature, are likely to see the diversion of traffic from Norton and Binga to Masvingo’s Tugwi-Mukosi where people will soon be buying fish.

The Government’s command fisheries initiative is meant to add to the communities’ nutrition in terms of food provision as well as give them an economic springboard to sustain themselves while at the same time feeding into the national economy.