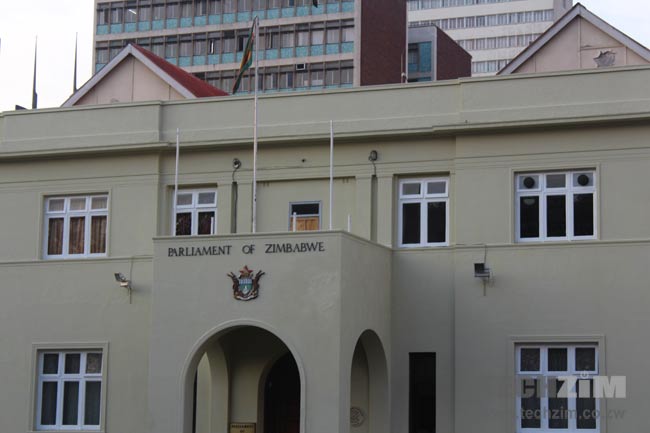 Both Houses Sat on 17th and 18th November

Parliament has released the Sitting Calendar for the present session.  It can be downloaded from the Veritas website [link].  Of immediate interest in the Sitting Calendar is the programme until the end of the year – mostly taken up by the remainder of Parliament’s role in preparing for and eventually approving next year’s National Budget.

Two weeks ago – see Bill Watch 74/2020 [link] – the delay in the finalisation of the National Development Strategy 1 (2021-2025) [NDS1] document caused the postponement to this week of the next major fixture on the Budget Business programme – the Pre-Budget Seminar. The reason for the postponement, as the Speaker explained to MPs on 4th November, was “the 2021 National Budget will be a crafting tool” for the implementation of the NDS1.

The NDS1 [link] was launched by President Mnangagwa on Monday 16th November.  Members of Parliament attended a workshop on the document on the morning of Wednesday 18th November.

Budget Business Coming up Until End of December

The postponed Pre-Budget Seminar for MPs will go ahead this week from Thursday 19th to Saturday 21st November, at Harare’s Rainbow Towers Hotel.  The new arrangements are as follows:

The Minister of Finance and Economic Development will present the 2021 National Budget Statement and the 2021 Estimates of Expenditure in the National Assembly next week, on Thursday 26th November.  Proceedings will then be adjourned until Tuesday 8th December.

MPs will use this week in preparation for the Budget Business that lies ahead.  There will be a Post-Budget Seminar.  Portfolio committees will also hold meetings with their Ministries to ascertain their reactions to the Budget.

Six sittings days have been earmarked for completion of debate on the Budget Statement and dealing with the 2021 Estimates of Expenditure and the two Budget Bills: Finance (No. 2) Bill, to implement taxation proposals in the Budget; and Appropriation (2021) Bill, authorising Government expenditure for the year 2021.

Note:  Last December, both Houses managed to complete their 2020 Budget Business before the Christmas/New Year recess and the two Budget Bills were published as Acts on 31st December 2019.  This was in marked contrast to previous years, in which Budget business has had to be completed in January or even February of the Budget year, which was constitutional but presented practical problems for taxpayers and their accountants and ZIMRA.  It is to be hoped that the December 2019 achievement can be repeated this year.

What Happened in Parliament this Week

Tuesday 17th and Wednesday 18th November were the only sitting days for this week; the proceedings are briefly outlined below..  Today and the next two days will, as we have already said above, see MPs attending the Pre-Budget Seminar.

Both Houses will sit again next week.  Tuesday and Wednesday will be devoted to ordinary business and the week’s sittings will culminate in the presentation of the 2021 National Budget to the National Assembly on Thursday 26th November.

The Ministers responsible for the two Bills on the Senate’s Order Paper did not bring them up.  [Both Bills had already been passed by the National Assembly, with amendments]:

Zimbabwe Media Commission Bill [link]  This Bill awaits the Second Reading speech to be given by the Minister of Information, Publicity and Broadcasting Services.

Marriages Bill [link]  The nearly-completed Second Reading stage of this Bill has been stalled in the Senate for several months, awaiting a final response by the Minister of Justice, Legal and Parliamentary Affairs to the more or less unanimous objections raised by Senators of all persuasions to the Bill’s failure to make acceptable provision for lobola.

IN THE NATIONAL ASSEMBLY

Bills under consideration by the PLC

Manpower Planning and Development Amendment Bill [link]  At the request of  the Minister of Higher and Tertiary Education, Science and Technology Development, this Bill was restored it to the Order Paper on 18th November at the stage it had reached when the last session of Parliament finished.  As it was under consideration by the PLC, having been referred to the PLC following its First Reading on 9th September, it is now back with the PLC.

Centre for Education, Innovation, Research and Development Bill [link]  This Bill was introduced by the Minister of Higher and Tertiary Education, Science and Technology Development on 17th November, given its First Reading and referred to the Parliamentary Legal Committee [PLC] for a report on its constitutionality.

Bills from the previous session ready for further consideration

PAC report on its Visit to the Parliament of Zambia  On 17th November Hon Mpariwa’s restored take-note motion from the previous session was adopted, thereby approving the recommendations of the Public Accounts Committee [PAC] in this report.  The PAC delegation to the Zambian Parliament found much to admire and emulate in the practice and procedure of the Zambian PAC and recommended accordingly.  Hon Mpariwa in her closing remarks stressed the need for implementation of the recommendations to improve the PAC’s surveillance of the Executive’s use of funds voted by Parliament.

Motion on the need for a dedicated Ministry of Children’s Affairs  Hon Nyashanu’s well-reasoned speech in support of the motion was enthusiastically received by MPs, and the ensuing debate took up most of the sitting on 17th November.

Re-opening of schools  The Leader of Government Business, Hon Ziyambi, fielded questions from several MPs about problems caused by the Government’s re-opening of schools and asked MPs to submit details of their complaints to the relevant authorities for action.  MPs made it clear that they disagreed with the decision to re-open, in the light of COVID-19 pandemic and schools generally not having been provided with adequate protective resources.

Mining and environment, mining and farming  The Minister of Environment, Climate Change, Tourism and Hospitality Industry, Hon Ndlovu, was kept busy answering questions about the effect of mining operations on national parks, roads, rivers and farming operations.  He confirmed that special grants for mining in national parks either had been or would be suspended in accordance with Government policy decided by Cabinet; that riverbed mining was permissible in only two rivers in the whole country, the Angwa and the Save, and that a statutory instrument on the subject under the Environmental Management Act was in already in the pipeline.  On illegal mining damaging commercial farming operations, he called for complaints to be made to the relevant authorities so that action could be taken against offenders.

Another Constituency Vacancy in National Assembly

The Deputy Speaker has announced the untimely death on 5th November of Hon Kennedy Dinar, MDC-A MP for Glenview South.  This is yet another vacancy that requires a by-election.