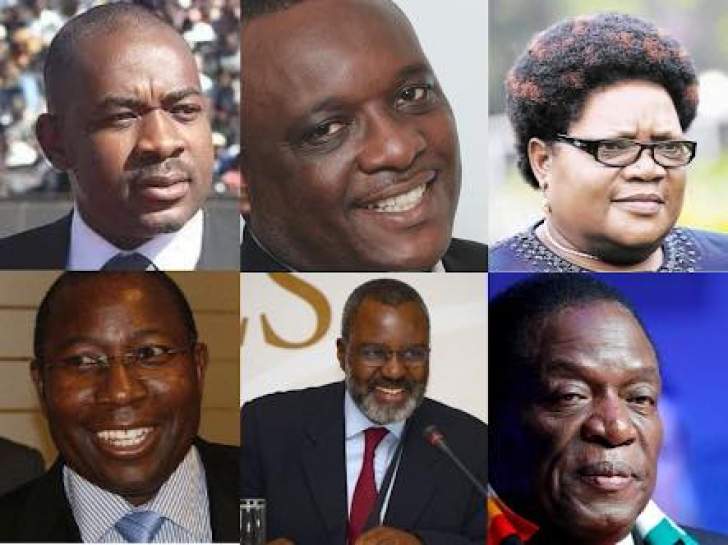 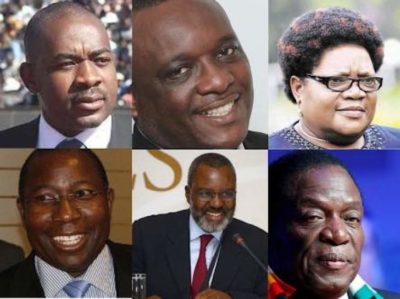 The run-up to the July 30 general elections has also seen the emergence of record 133 political parties, although the real contest could be between Mnangagwa’s Zanu PF and Chamisa’s MDC Alliance.

Mnangagwa (76), who took over power in a military-backed transition last November, faces a litmus test from the youthful Chamisa who tactically chose to stand on an MDC Alliance ticket after his rival Thokozani Khupe used the MDC-T party symbols.

African National Party leader Egypt Dzinemunhenzva, who had also threatened to join the presidential race, later settled for a parliamentary seat in his Hwedza North constituency, but as an independent candidate.

Divisions in both Chamisa and Mnangagwa’s parties which were triggered by disputed primary polls ahead of nomination also saw the influx of independent candidates for both parliamentary and local government polls.

Most candidates who registered as independent candidates lost in disputed primary polls while most who lost in the MDC Alliance registered under Khupe, who managed to field candidates in most of the country’s constituencies.

Thousands of aspiring legislators thronged Harare Magistrates’ Court to submit their nomination papers for the elections.

The aspirants waited till evening to have their names confirmed by the chief election officer with some, mostly ex-MDC-T councillors contesting as independents.

Mujuru’s party had fielded over 20 candidates by midday while some candidates who were linked to the NPF led by Eunice Sandi Moyo filed under the MDC Alliance.

Among them was former Zanu PF MP for Harare South, Shadreck Mashayamombe who spent the day in the queue joking with former comrades in Zanu PF who were trying to convince him to rejoin the ruling party.

“We must fight but always know that we are friends, we have life and relationships to sustain beyond politics,” Mashayamombe told Zanu PF aspiring MP for Budiriro, Godwin Gomwe.

Zanu PF MP for Epworth Zalerah Makari also filed her papers as an independent candidate, alleging that the party’s primary polls were not fair as “she was rigged”.
Zimbabwe Electoral Commission (Zec) chairperson Justice Priscilla Chigumba said she was satisfied with the process and hoped that it would be complete by midnight with all successful candidates announced.

“I just want to reiterate that Zec has availed copies of the provisional voters’ roll to those who may not know whether those who nominated them are on the voters roll we are assisting because all our centres have computerised voters’ rolls. I am happy that the situation is okay, it may look congested here, and the reports I am getting are that all our teams by 4pm, they may have gone through the process,” Chigumba said.

Several political parties in Bindura expressed confidence that their members would sail through the nomination court that was sitting at Bindura Magistrates’ Court.
From the time the nomination opened, Zanu PF leaders, among them provincial chairman Kazembe Kazembe and Perrance Shiri, were milling around, ensuring that everything was in order for their aspiring candidates.

The province is one of the strongest areas for Mujuru and her candidates remained patient throughout the day, waiting for the nomination papers to be accepted at the packed court room.

The Khupe-led MDC-T and the various parties in the MDC Alliance were upbeat, also filing their nominations. The surprise of the day was NPF, which sprang a surprise and nearly filled all the constituencies in Mashonaland Central. The opposition party leader in Mashonaland Central province Dickson Mafios said there was nothing to fear adding that their party was popular.

“As NPF, and as a people party, we have managed to file 17 MPs out of 18, we reserved one for the purposes of having the same objective with the candidate whom we are not contesting because we have confidence that he will represent the interest of the people in as much as we do,” he said.

“We also fielded all senatorial and many councillors, but I am yet to get the actual number and the women’s quota as well. As a party, we are happy that we have managed to field candidates in all respective areas from wards up to senatorial.

“We didn’t have problems because the experience that we have taught us that we must run the party in a professional manner,” Mafios said.

In Marondera, the nomination process began at 10am with aspiring candidates gathered at the Marondera Magistrate Court as early as 6 am.

In Marondera West, Zanu PF provincial executive member Richard Mavhunga filed nomination papers for Marondera West constituency that has Sphiwe Mukunyaidze as its candidate. Both Mavhunga and Mangondo were barred from contesting the primary elections. There was chaos in the MDC Alliance as their party lists were not in order with more than one candidate per constituency.

In Mutare, musician Hosiah Chipanga filed his papers as an independent candidate for Dangamvura-Chikanga constituency.

“I have been campaigning through music and now I believe it’s time I should occupy a political office,” he said.