London – Yesterday I landed back in London after a week in Kenya and two weeks in Zimbabwe. Our conference in Kenya was refreshing but my time in Zimbabwe left me depressed! Zimbabwe is a broken nation.

Source: A broken nation – The Zimbabwean 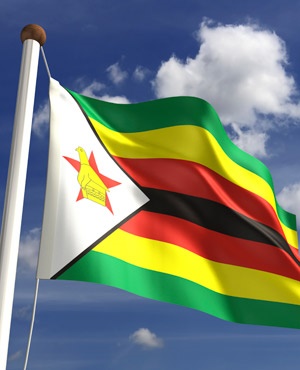 ▶️ The electricity system is broken: at one time we had no power for over forty-eight hours.

▶️ The water system is broken: in some parts of the city, they have had no water for over five years and have to buy their water every day. Getting a decent shower each morning was a battle which I didn’t always win!

▶️ The roads are broken: the potholes are unacceptable!

▶️ The fuel provision is broken: people are spending days and nights in mile-long queues that snake around blocks and blocks!

▶️ The people themselves are broken: law and order have deteriorated to unacceptable levels. It’s not uncommon to have a traffic jam with only a handful of cars at an intersection! Everybody wants to go at the same time and will force their way into the middle of the intersection without any consideration of other road users! Add to this unworking traffic lights and you have total chaos that takes hours to untangle! I take my hat off to the vendors on some major intersections who though unpaid, volunteer to direct traffic enabling smooth flow.

At one point, I came across tree branches on the road that was obstructing the flow of traffic badly. I immediately stopped to remove them only to realise there was a guy on top of the tree with an axe helping himself to some firewood from a municipal tree by the side of the road! I was SO mad I ordered him down with a threat of arrest! He didn’t know who I was so he complied! People are now a law unto themselves.

▶️ The wage system is broken: the local currency went from 1:1 (to the greenback) to 1:20+ with no wage adjustment. By and large, supermarket prices have remained stable in US$ terms but totally out of reach for the common man on the street who earns in the local currency.

▶️ The health sector is broken: the mortality rate has spiked as a result of avoidable deaths and yet no one seems to care! Doctors have been on strike for more than 100 days! There’s a silent genocide going on.

▶️ The government itself appears clueless by its apparent inaction in the face of one crisis after another, the inability to resolve the doctors’ strike being a case in point.

Yah! This is a broken nation!

As I boarded the plane to leave, my heart was heavy. CRY MY BELOVED COUNTRY! What shall I do for you? Where is the remedy for your healing to be found?