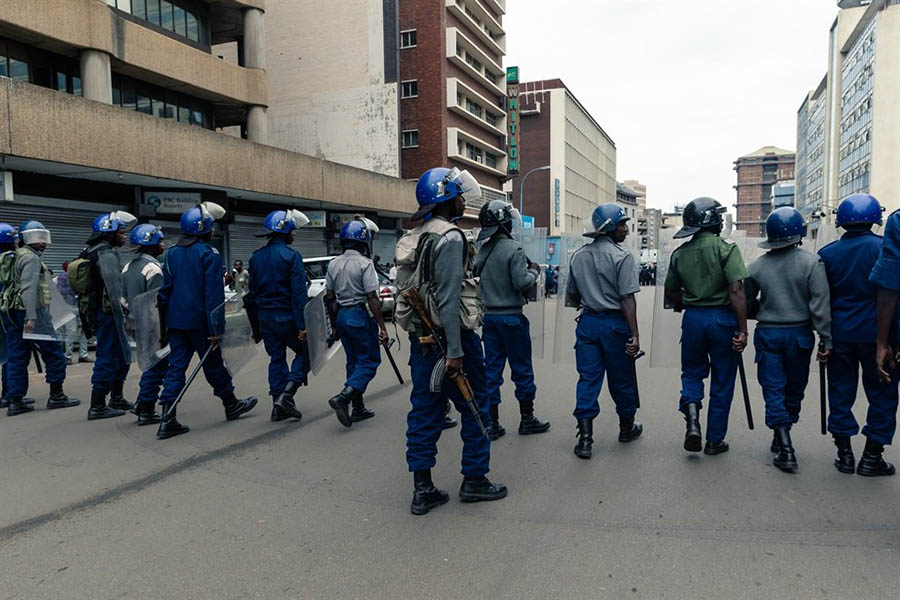 THE call to fight corruption has been a constant refrain for President Emmerson Mnangagwa’s administration since it came to power on the back of a coup detat in November 2017, but there is nothing much on the ground to prove that government is winning the fight against the scourge.

In fact, criminal syndicates are becoming more daring and sophisticated by day as they have roped in poorly-paid law enforcement agents into their craft to evade arrest.

By its nature, corruption is a treacherous practice in any society, but it becomes more dangerous if it involves the police who should be at the forefront of rooting it out.

Instead of protecting the public and enforcing rule of law, our police force has been identified as one of the most corrupt government department.

Low salaries and poor working conditions for members have been identified as major drivers of corruption among lower-level police officers who accept bribes from offenders and conspire with criminals and organised crime gangs to perpetuate crime.

The plight of the police force was highlighted in Parliament early this week by chairperson of the Defence and Home Affairs Portfolio Committee Levi Mayihlome who said: “There is dilapidated institutional and residential accommodation, poor ablution facilities resulting in officers opting for the bush system, obsolete office furniture, inadequate tools of trade, use of ineffective policing equipment which is inconsistent with contemporary policing technology, and inadequate transport and fuel supplies.

“These are signs and symptoms of an ailing policing system. The morale of officers across the entire police service is at its lowest ebb despite their demonstration of resilience and patriotism.”

What Mayihlome pointed out paints a bleak picture on the force’s integrity and undermines its legitimacy.

Indeed, the situation is dire and we urge central government to adequately resource the police so that they stand firm in the fight against corruption and help the force regain public confidence.

Because of such deplorable conditions, police officers are forced to engage in criminal activities for financial gain, even if it means sacrificing their integrity and risking losing their jobs.

This calls for an urgent intervention from the Finance ministry to bail out the police force so that it performs its duties professionally.

As it stands, citizens no longer have trust in the police force because of its involvement in criminal activities such as armed robberies, making it difficult for them to perform what should be their primary duty — fighting crime.

The impact of corruption on the police can be far reaching. When those that enforce law and order are compromised by corruption, the State cannot legitimately prevent and punish violations of the law or protect human rights.

Newer Post
Africa Environment Day: How climate change is affecting your health and why you must care
Older Post
UN vote on Russia complicates things – Zimbabwe