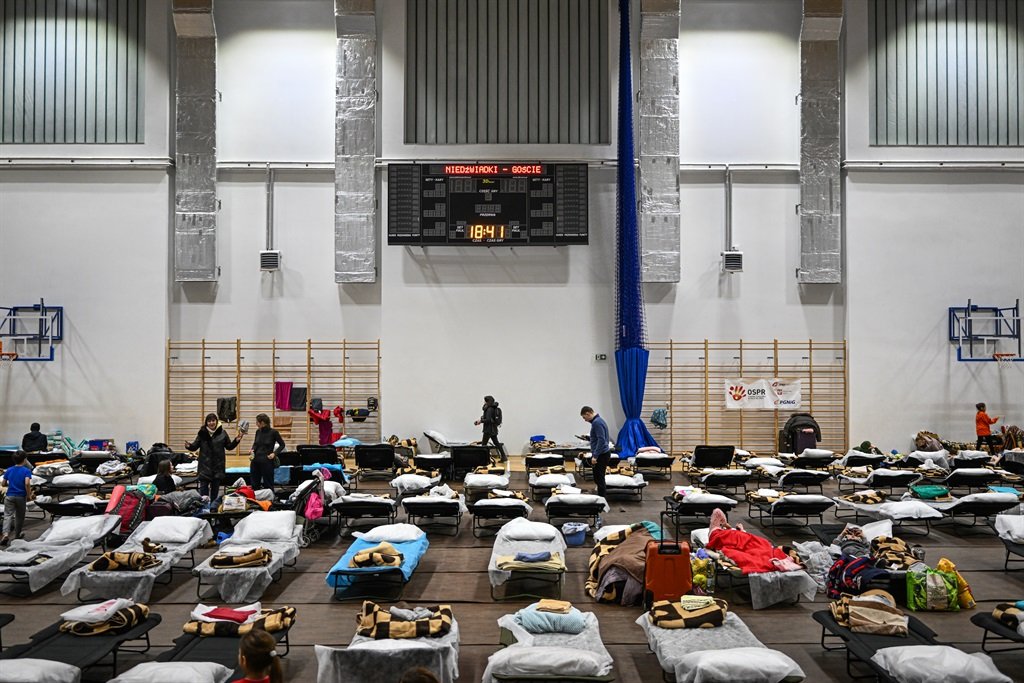 Women and children rest inside the sports hall of a primary school which has been converted to a refugee center on March 01, 2022 in Przemysl, Poland. According to the United Nations, Poland has so far received at least 281,000 refugees from Ukraine since Russia invaded on February 24. Meanwhile, battles are raging across Ukraine between Ukrainian armed forces and the invading Russian army. (Photo by Omar Marques/Getty Images)

The UN’s General Assembly voted to reprimand Russia and diplomatically cut ties with the East European country on Wednesday.

In a statement, Zimbabwe’s foreign service said it didn’t support sanctions proposed against Russia because, as a matter of principle, Harare was against sanctions on anyone.

“As you know, Zimbabwe does not support the imposition of unilateral coercive measures or unilateral sanctions of any kind on any member state for that matter,” Harare said.

Analysts see this as Zimbabwe returning the favour, although with a middle-of-the-road approach, on Russia after the superpower alongside China vetoed a UN security council resolution seeking sanctions against Zimbabwe in 2008.

About the vote, Harare said:

Zimbabwe is not convinced that the resolution adopted yesterday points in the direction of dialogue. On the contrary, it poured more fuel to the fire thus further complicating the situation.

The country added that the situation in Ukraine was historical and geopolitical in nature.

“The situation in Ukraine is a very complex one and is deeply rooted in the history and geopolitics of that region,” said the Zimbabwe government statement.

Russia played a huge part in the liberation movements spreading across the continent through logistical, arms, and training support of liberation forces at the height of the Cold War in the 1960s to 1970s.

In 2019, Russia held its first Russia-Africa Summit attended by 43 African leaders. Trade and diplomatic relations had increased between Russia and Africa in the areas of energy and mining mostly.

According to the Stockholm International Peace Research Institute, Africa accounted for 18% of all Russian arms exports between 2016 and 2020, with Algeria, which also abstained, being the largest recipient.