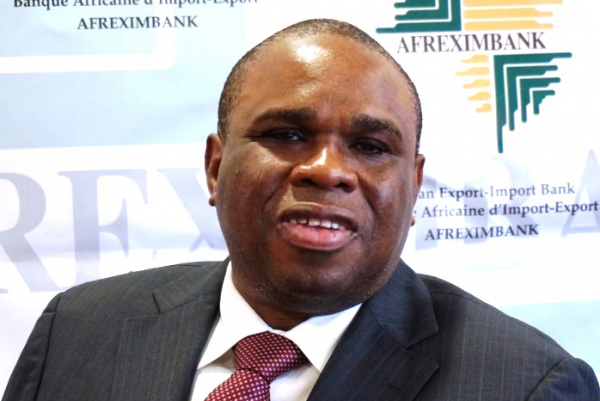 THE African Export Import Bank (Afreximbank) has disbursed over a third of the $25 billion facility meant to accelerate intra-African trade, the bank’s president and chairman Benedict Oramah has said.

BY NDAMU SANDU IN ABUJA, NIGERIA

Oramah told journalists after the official opening of the bank’s 25th annual meetings yesterday that the $25 million facility was a strategy embarked by the bank and hinges on ‘create, connect and deliver’ running from 2017 to 2021.

“In the first year, we did $8 billion. Disbursements are going to support normal letters of credit and trade financing that facilitates trade between African countries,” Oramah said.

Afreximbank is Africa’s trade finance bank and will co-organise the intra-African trade fair from December 11 to 17 in Cairo, Egypt. Oramah said lack of trade information was constraining the growth of intra-African trade. The event will be held after every two years.

The continent is on a thrust to grow intra-African trade which is at 15%. In March 44 out of 55 countries signed an agreement for the establishment of the African Continental Free Trade Area (AfCFTA) which is billed to accelerate intra-African trade.

Since March, five more countries have signed and six have ratified the deal. Kemi Adeosun, Nigerian Finance minister said she was tired of hearing the rhetoric “about Africa’s potential”.

She said there was an urgent need to act, take risks and come off the fence. South African President Cyril Ramaphosa said the agreement on a continental free trade area “represents a new dawn” for Africa and a quest to work together, thereby carrying the “vision of the aspirations of our forebears”.

“It is pregnant with a lot of possibilities, opportunities and challenges. Along the way, there will be problems, conflicts and opportunities, but the continent has to go beyond politics, solve the politics through trade, “ Ramaphosa said.

The 25th Afreximbank annual meetings runs up to July 14 under the theme Eximbanking for an Emergent Africa: The Next 25 years.