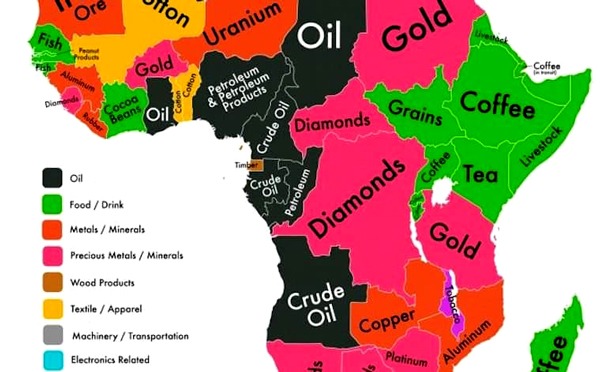 The African continent has immense wealth in resources, including labour.

African countries should support each other if they are to bounce back fast after the COVID-19 pandemic, which has paralysed the global economy.

The continent has immense wealth in resources including labour thus it can easily achieve economic freedoms without having to rely on aid.

With technology, Africa can also easily jumpstart its economy since the tried and tested methods which can support industries and agriculture among other sectors are easily available. Home-grown solutions for local problems are also easily accessible.

With the launch of the operationalisation of the African Continental Free Trade Area (AfCFTA) likely to be pushed from the July 1 date, the continent will have to wait longer to see the impact of opened borders and the free movement of goods between countries.

Kenya’s President Uhuru Kenyatta has underscored the need for African countries to support each other in trade.

He told a teleconference on April 3, 2020, with African leaders including Presidents Macky Sall of Senegal, Zimbabwe’s Emmerson Mnangagwa, Felix Tshisekedi of the Democratic Republic of Congo, Rwanda’s Paul Kagame, Egypt’s Abdel Fattah el-Sisi and Ibrahim Boubacar Keita of Mali as well as Abiy Ahmed, the Prime Minister of Ethiopia that “let us buy from each other what we can make on our continent even as we seek help from our international partners”.

On intra-Africa trade, the African Heads of State and government agreed that there is need to keep their territorial borders open for distribution of supplies as this will enable populations to continue having an inhibited access to key commodities such as food and medicines.

The African leaders, however, underscored the need to ensure that the free movement of goods across the continent does not aid the spread of the infectious disease. They tasked their respective ministers of transport and health to establish appropriate safeguard measures.

Further, they resolved to enhance the sharing of experiences on the management of the disease and resources noting that African countries need to support each other now more than ever.

But, it’s not yet Uhuru (freedom) for Africa’s opened borders.

South Africa was to host an African Union summit on May 30 for trade negotiators to finish bargaining on rules of origin, tariff reductions and other necessary regulations.

With the COVID-19 mayhem, this meeting can only happen — at least physically — not in May, but probably before the end of the year if the continent is able to control the spread of the virus.

However, despite the delay, the AfCFTA is still a promise the content has been waiting for and the sooner it is realised the better. The trade area being created will be the world’s largest free trade zone by the number of countries if ratified by all the African countries.

AfCFTA covers more than 1,2 billion people with a combined gross domestic product (GDP) of US$2,5 trillion.

On March 19, 2020, AfCFTA’s first secretary-general, Wamkele Mene, was sworn in and he is expected to provide leadership and technical support to AfCFTA secretariat and overall management of the day-to-day functioning of the secretariat.

During his swearing-in, Mene said that Africa is open for business and mutually beneficial investment thereby creating decent jobs and improving livelihoods. He said Africa has, in addition to the combined GDP of US$2,5 trillion for the market of 1,2 billion people, about 400 continental companies that earn annual revenues of US$1 billion or more.

Industries in Africa have the opportunity to double production to nearly US$1 trillion within a decade, with three-quarters of that growth coming from manufacturing to substitute imports and meet increasing local demand.