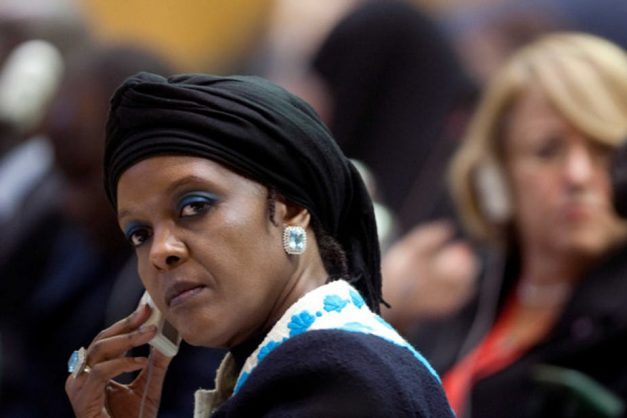 The National Prosecuting Authority has refused to be drawn, saying it is a ‘confidential issue’ which it would not comment on.

Civil rights group Afriforum on Tuesday said it has been informed by the National Prosecuting Authority (NPA) that it is seeking to have former Zimbabwean first lady Grace Mugabe extradited to South Africa for prosecution.

The National Prosecuting Authority has refused to be drawn, saying it is a “confidential issue” which it would not comment on.

Afriforum’s prosecution unit represents Gabriella Engels, a Johannesburg model, who claims she was assaulted by Grace Mugabe with an extension cord in 2017 at a luxury Johannesburg hotel.

“We hope that the prosecution of Grace Mugabe will commence shortly and we will monitor the case,” Afriforum said in a statement.

“AfriForum gets involved in issues like this to ensure that people with political power do not get away with committing crimes. Grace Mugabe must be brought to book for her deeds and this is the first step in ensuring that Miss Engels will get justice soon.”