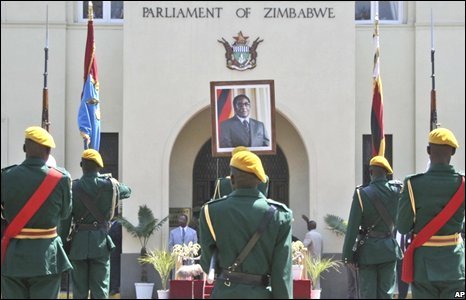 We shall deal with the content of the regulations before going on to discuss their validity – or rather, their invalidity.

Examples of the new fees are:

Because of the COVID-19 pandemic, accreditation and registration is being conducted online.  Application forms can be downloaded from the Media Commission website: www.mediacommission.co.zw

According to the preamble to the regulations, “the Commission” – unnamed, but in the context, it must be the Zimbabwe Media Commission – made the regulations with the approval of the Minister of Information, Publicity and Broadcasting Services in terms of section 91 of AIPPA.  AIPPA however was repealed by section 41 of the Freedom of Information Act which was gazetted and became law on the 1st July last year as Act 1 of 2020;  it can be accessed on the Veritas website [link].

It is as well to spell out the words of section 41 of the Freedom of Information Act:

(2) All statutory instruments or [sic] made under the Access to Information and Protection of Privacy Act [Chapter 10:27] shall remain in force as if they had been made under the appropriate provision of this Act and may be amended, replaced or repealed accordingly.”

In other words, as we pointed out when discussing the new Freedom of information Act in Bill Watch 46/2020 of 10th July 2020 [link], section 41 preserved regulations made under AIPPA only to the extent that they could have been made under the appropriate provisions of the new Freedom of Information Act.  But there are no such provisions – the Freedom of Information Act makes no provision at all for accrediting journalists or registering media services and news agencies, hence regulations fixing fees for accreditation and registration could not remain in force and cannot now be amended.

While that seems to be the correct legal position, the gazetting of SI 22/2021 indicate that the the Ministry of Information and the Zimbabwe Media Commission apparently think otherwise.  But it is noteworthy that they have cited section 91 of the Access to Information and Protection of Privacy as the enabling authority for new regulations.  That is an admission that there is nothing in the Freedom of Information Act enabling the regulations to be made.

Although the regulations are almost certainly invalid, media houses and journalists would probably be wise to abide by them until the High Court declares them to be invalid.  The sooner a court ruling can be obtained one way or the other, the better for all concerned.

President Mnangagwa’s New Dispensation started on a high note.  The Constitution was to be respected, civic freedoms were to be restored, the economy was to be opened up.  Since then:

All this does seem part of a pattern which is regrettable as it contradicts the mantra “Zimbabwe is open for business”.