Source: Govt cautious on Ivermectin merits…says its efficacy as a corona drug still to be confirmed – DailyNews 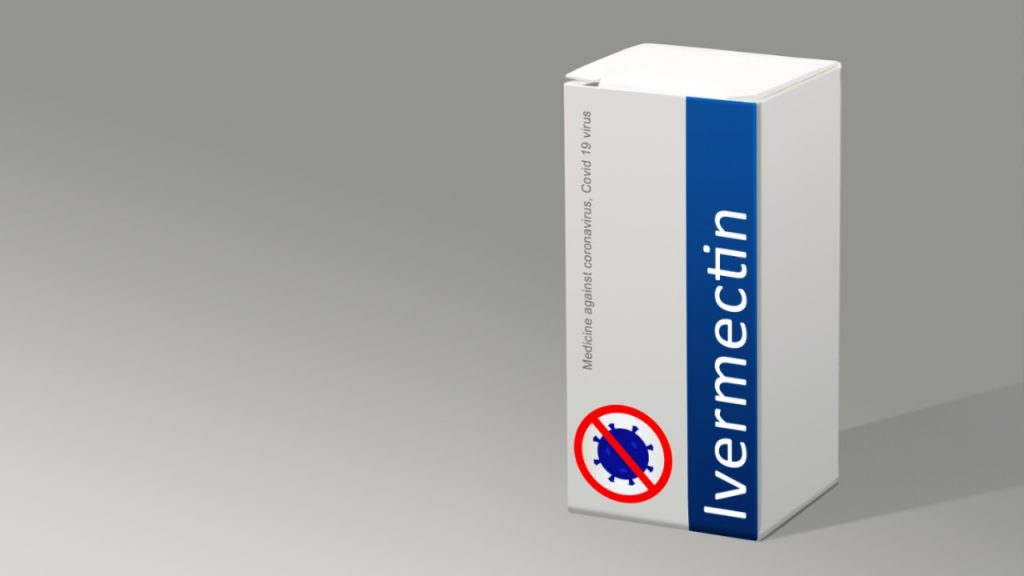 AUTHORITIES are not yet sure that Ivermectin, the drug that the government recently approved for controlled use on Covid-19 patients, is effective in treating people infected by the lethal disease.

This comes after South Africa’s Department of Health discouraged the use of Ivermectin for the management of coronavirus last week, until current studies on its efficacy and safety have been concluded.

Speaking during a webinar — that was organised by iconic business weekly, The Financial Gazette — on Friday, deputy Health and Child Care minister John Mangwiro, pictured, urged caution on the use of Ivermectin to treat Covid-19.

“We, therefore, need to take it cautiously in line with the World Health Organisation (WHO) standards. It can be used in Covid-19 patients as a compassionate drug, simply because there is no other option — just like we do with the traditional herbs we take.

“We say this because we realise when people are in trouble they take anything, but it is a controversial drug since there is not much evidence to say it is a wonder drug in the case of Covid-19,” Mangwiro said.

The chief co-ordinator of the Covid-19 taskforce in President Emmerson Mnangagwa’s office, Agnes Mahomva,  also told the same webinar that the government was still waiting for results from clinical trials that were currently underway, to ascertain Ivermectin’s efficacy in Covid-19 patients.

“Ivermectin has been in use for a long time, although we have not imported it as the government. What we have banned for use in human beings is the Ivermectin that veterinary clinics have, which is meant for cats and dogs. That one is not recommended for human beings,” Mahomva said.

On his part, the acting director of the Medicines Control Authority of Zimbabwe (Mcaz), Richard Madzikwa, said they were in the process of putting measures to stop the illegal importation of Ivermectin into the country.

“There is no conclusive evidence that the drug works, and hence there is need to carry out more research because there is currently raging debate among physicians, and that discourse is necessary.

“The reason why there has been a huge demand for the drug is that people have become desperate. We will allow certain importers to bring in the product as long as they satisfy good manufacturing practices.

“So, we will monitor its use. We hope that this will ensure that the pricing is affordable when the supply side is improved to protect citizens,” Madzikwa said.

This comes as Zimbabwe is grappling with a second wave of the global pandemic, which has killed more than 800 people since the new year.

It also comes after Zimbabwe joined other countries such as South Africa, by granting the College of Primary Care Physicians of Zimbabwe (CPCPZ) controlled use of Ivermectin — among other drugs — to treat Covid-19 patients.

Interestingly, the Mcaz had — until then — ordered health practitioners not to use the drug, which is commonly used by veterinarians to treat animals.

CPCPZ argued that they had exchanged notes with their counterparts in neighbouring South Africa, who had vouched for the effectiveness of Ivermectin in treating Covid-19 patients.

“A colleague of ours who had an experience in the aviation industry during the previous SARS epidemic discovered almost by accident that using nanosilver solution helped patients to recover quickly and also improved saturations in patients.

“We have collaborated with scientists elsewhere in the world who could help us make sense as to why this drug works so well in treating Covid-19 patients,” CPCPZ said in its petition to the government.

Meanwhile, six foreign nationals have been arrested at OR Tambo International Airport in Johannesburg over the past two weeks for being in possession of suspected Ivermectin tablets worth millions of rands.

The black market in the drug in South Africa has boomed after it was touted as a possible treatment for Covid-19.

At the same time, medical experts have urged local authorities to apply the current stringent lockdown measures to high density suburbs where they say there is poor discipline by ordinary citizens.

This comes after the government extended the current hard lockdown by a further two weeks, in a bid to contain the virulent respiratory disease.

“It’s not just a matter of announcing a lockdown, but we have to see that the lockdown is being implemented effectively for us to reap the full benefits.

What we are seeing at the moment, especially in the suburbs, is there isn’t any lockdown to talk about. People are continuing with their business as usual approach.

“Only in the CBDs in towns that’s where you see police trying to enforce the lockdown, but when you go to the suburbs it’s a different scenario.

So, we think that if more stringent measures were taken to minimise the movement of people, we will achieve more from this lockdown extension,” Norman Matara, the secretary-general of the Zimbabwe Association of Doctors for Human Rights (ZADHR), said.

“We also think we need a post lockdown exit strategy. This is because we know that after two weeks, we will still have Covid-19 cases.

“This is achieved through increasing the number of testing … so that we test and isolate people … who have the illness … I think it’s important to do that as we wait for vaccines,” he added.

The secretary-general of the Senior Hospital Doctors Association (SHDA), Aaron Musara, also said there was need for increased police patrols in high density suburbs, where there was worrying slip in discipline.

“There is need to further tighten the movement of people in the high-density residential areas for us to realise the full benefits of the lockdown extension.

“There is a lot of movement as people go about their business and we risk further spread of the virus,” he said.

On his part, the president of the Zimbabwe Nurses Association (Zina), Enock Dongo, said it was disconcerting that some citizens were not abiding by the current stay-at-home measures.

“Unless authorities enforce tight movement controls in the locations, then there is no point whatsoever in the further extension of lockdown regulations.

“We are not doing ourselves a favour as a people. If we collectively comply with lockdown regulations, then we can win the war against this virus.

“The sooner we win the war, the sooner we will all see the gradual easing of the lockdown regulations by authorities,” Dongo told the Daily News.

“Currently, there is insufficient evidence to recommend Ivermectin for the treatment or prevention of Covid-19.

“Some studies have suggested that Ivermectin may be of benefit in the management of Covid-19. However, the evidence that is currently available is preliminary and of low quality,” it said.