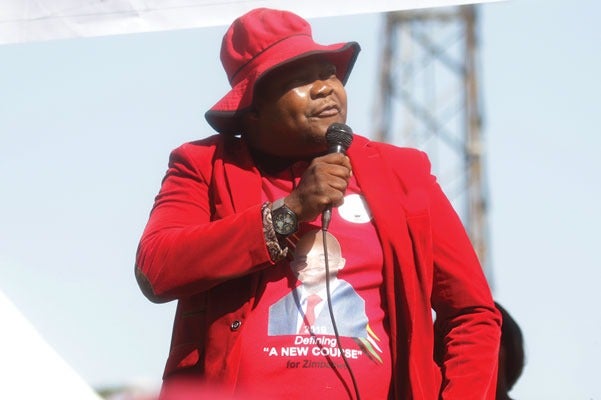 IT is now clear, transparent and open that the Judicial Service Commission is a catalyst to expedite and accelerate the military regime’s agenda and squashing of anyone who tries to speak for the voiceless.

It is sad to note that the 12 Chitungwiza youths who had been constitutionally and legally exercising their rights as enshrined in the Constitution are now victims of a lawless banana republic as the judicial officers play micky mouse, or rather Tom and Jerry antics with the lives of people as they suffer torture and torment in remand prison.

This torment and torture continues to happen due to the fact that the judiciary which is arguably captured, has started giving silly, unethical and totally unprofessional excuses just to punish anyone as a way of sending a warning to anyone who tries to exercise or implement his/her constitutional rights in this banana republic.

It is saddening that the right of bail for the 12 Chitungwiza youths and comrades couldn’t kick off for two consecutive days and went for a mis-trial due to the following reasons:

Judge couldn’t see properly the handwriting of the judicial officer of the court aquo;

The High Court intended to verify the RRB number from the judicial officer who handled the matter; and

Instructions on how to proceed.

This is the total death of the rule of law and justice when our courts are stooping so low in setting an unprecedented bad precedence in the Roman Dutch jurisdiction.

It is also sad and a sorry state when the judicial officers are coming up with silly excuses which totally don’t go in conformity with the alde alterum partem rule and also the rights of the accused person as enshrined in the Constitution.

If the Zimbabwean Constitution can’t protect its citizens and if the judicial officer can’t understand how to interpret the law and enforce the constitutional rights, then this automatically means that we are under a despotic tyrant and a terrorist regime which is far much worse than blood vampires who are trying to put everyone in their so-called “cool, cold mortuary rooms”.

It is our appeal to the Zimbabwean citizens to stand with the 12 Chitungwiza comrades and we appeal to everyone to come together and fight this injustice and judicial capture.