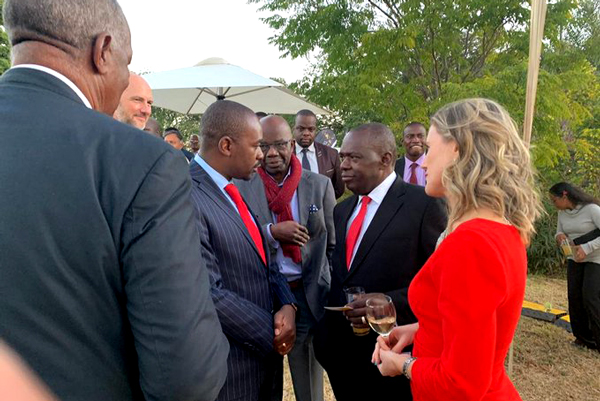 ZIMBABWE will rise. This regime’s days in office are numbered. For the past 40 years the regime has proved beyond doubt that it cannot be entrusted with the welfare of the people. The young and other progressive people shall take over and will never let Zimbabwe succumb to corruption and other vices at the hands of Zanu PF.

The country is facing a plethora of problems which need a united front to solve. Zanu PF has failed or it is too weak to solve challenges of such magnitude.

Recently, we have seen the government using the security forces to dabble in the affairs of the opposition with the sole aim of weakening or completely decimate the MDC Alliance.

Zanu PF knows that it cannot win an election against a strong opposition. Zanu PF prefers those who are amenable to manipulation, hence the targeting of Thokozani Khupe, Elias Mudzuri, Morgen Komichi and Douglas Mwonzora.

It is apparent that all these tactics are intended to pave the way for President Emmerson Mnangagwa, who is seeking to consolidate power through constitutional amendments.

The courts have been used to meddle in the affairs of the opposition in a bid to prop up the ruling party. What Zanu PF seems not to be alive to is that ultimately political disputes are settled through the ballot box. Those who are getting support from the courts are going to get a rude awakening from the army of voters across the country.

The Zanu PF-led government is concentrating on chasing the goose when the house is burning. Most of the ruling party’s energy is expended on intimidating, harassing, arresting the electorate including women while ignoring the elephant in the room.

The country’s economy is on life-support machine in the intensive care.

The Zimbabwean dollar is tumbling. There is no mealie-meal. People are always queuing for the product. US$3,6 billion went missing under the Command Agriculture meant to feed the nation and no one cares a hoot.

We always blame sanctions for our own failures. Money was looted at Marange Diamonds and the issue was swept under the carpet while the nation wallows in abject poverty.

The leadership must be answerable to the electorate if this country is to be salvaged and there should be change at the top, not recycling the same people which breeds corruption.

The country is facing a lot of problems and the President has lost control. His reign is characterised by policy inconsistencies, missteps, and the absence of grip.

A new captain is needed to rescue the sinking ship. That is the panacea to the challenges bedevilling our beloved country.