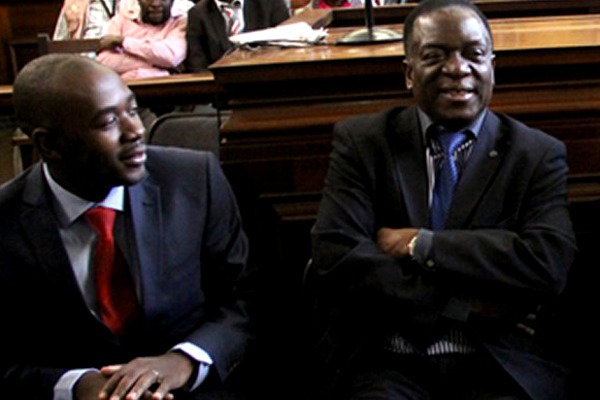 THE Zimbabwean political and economic crisis continues unabated, yet the country is on the brink of an economic and financial collapse.

By Lovemore Gurajena Sibanda, Our Reader

We do not really know when this economic and financial quagmire will come to an end.

The suffering of women, children, and people living with disabilities is unimaginable. The coronavirus has accelerated Zimbabwe’s descent into an economic and financial precipice.

Many Zimbabweans agree that the best promising panacea to our problem is dialogue between the Zanu PF and the MDC Alliance.

Numerous attempts have been made to bring the two protagonists to the negotiating table, without success.

Why is it difficult or almost impossible for the Zanu PF and the MDC Alliance to come to the negotiating table? Are these two parties oblivious to the suffering of the people? Are Nelson Chamisa and Emmerson Mnangagwa selfish leaders? Who is to blame for this stalemate or hardline stance?

The answers to these myriad of questions is simply that the political elites in Zimbabwe like their colonial masters place emphasis on the premium of power — the desire to control State power for accumulation purposes.

The verbiage of the leaders of the two parties testify to this, particularly their youth wings. It is only in Africa where State power is used to accumulate wealth, and where politicians get into politics to enrich themselves.

The political elites in Zanu PF cannot let go State power because that will spell disaster for their material base.

On the other hand, the political elites in the MDC Alliance want to grab the levers of State power for the very same objective.

The MDC Alliance is peddling the ideology of development as a smokescreen, and their development agenda as evidenced by their economic blueprint is anchored in the modernisation theory which ignores the institutional framework and cultural context of Zimbabwe and Africa.

My fellow Zimbabweans, it is now time for a third way, a third party to rescue us from this binary political mindset and environment.

The destiny and prosperity of Zimbabwe cannot be left in the hands of the Zanu PF and the MDC Alliance.

Chamisa is by and large a student activist, and not a national politician.
Mnangagwa, on the other hand, knows what to do, but is scared to do the right thing.