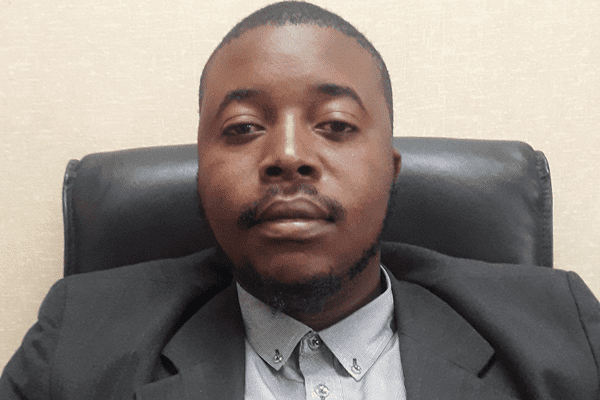 The Supreme Court decision is a landmark case in Zimbabwe which has put to rest the scepticism surrounding the enactment of SI 33 of 2019 as well as section 22 (1) (d) of the Finance Act No. 2 of 2019 which effectively recognise RTGS payment as legal tender and directs adaptation of the US dollar-denominated assets and liabilities at the fixed rate of one-to-one.

The facts of the matter in the Zambezi case are noteworthy. In June 2018, NR Barber Pvt Ltd (Barber) won a lawsuit against Zambezi Gas Zimbabwe Pvt Ltd for US$3 885 000, a debt which arose from services rendered. Zambezi’s appeal against the judgment was thrown out in May 2019. A week later, Zambezi deposited RTGS$4 136 806,54 as a settlement of the debt. Barber challenged that the amount was far less than what Zambezi Gas had been ordered by the court. It stated that the amount paid was only equivalent (at the prevailing Interbank market rate) to US$144 788,23 (out of the US$3 992 018,31, which it was expecting).

Zambezi Gas insisted that it had complied with the law. After all, it argued, SI 33/2019 allowed the conversion of all US dollar-denominated local assets and liabilities at the government-decreed rate of one-to-one. Barber instructed the Sheriff of the High Court to attach Zambezi Gas’ property to settle the difference. That is when Zambezi Gas filed an urgent chamber application in the High Court seeking an order for stay of execution and a declaratory order to the effect that the judgment debt had been fully discharged in terms of SI 33/19.

The Supreme Court has decisively allowed the appeal arguing SI 33/2019 permitted the Appellant to convert the US dollar-denominated judgment debt at the government decreed rate of one-to-one.

This judgment has unquestionably triggered a wave of criticism considering the drastic economic consequences which result in loss of proprietary rights for individuals, employees, pensioners, banks, the real estate sector and financial institutions whose debts were being owed in United States dollar value that is either by the government or other third parties.

It is imperative to note that, the constitutionality of section 4(I)( d) of SI 33/19 was not raised in the High Court. Thus the question of the constitutionality of the provision is an adjunct separate issue altogether and where no issue is considered by an inferior court, it follows generally, that there is nothing for the appeal court to determine. This position was aptly captured in Dynamos Football Club (Pvt) Ltd & Anor v Zifa & Ors 2006 (1) ZLR 346 (S) 355. Malaba JA (as he then was) in that case held that generally, a party could not seek, on appeal, relief that they did not seek in the lower court. In this respect, the Supreme Court could not be invited to sit as a court of first instance and to adjudicate a matter that was not ventilated before or determined by the High Court.

The issue which was referred on appeal is whether the court a quo correctly interpreted and applied the provisions of section 4(1)( d) of SI 33/19. The Respondent argued the provisions of section 4 (1) (d) did not include judgment debts hence invoking the presumption that the legislature did not intend to alter a court order. Nonetheless, that argument stood on jelly legs considering the legislature enacted Finance (No 2) Act of 2019 pending litigation. In terms of section 20, “financial or contractual obligations” were defined to include judgment debts.

However, the construing use of the words “immediately before the effective date” by the Supreme Court to refer to the state in which the assets and liabilities, to which the provisions of section 4(1) (d) of SI 33/19 apply, should be in relation to the effective date, irrespective of how far back in time the asset or liability valued and expressed in United States dollars came into existence, leaves a lot to be desired. The court went further and argued that the issue of the time-frame within which the liability arose in relation to the effective date of 22 February 2019 does not matter.

It is difficult to understand what was the rationale by the legislature of formulating this provision in this manner that is by including the phrase “immediately”. The provision should have simply been formulated without reference to the word “immediately”. The practical consequences of section 4 (1) (d) of SI 33 of 2019 is suffered by creditors whose debts in actual fact dates back to even 2017 going back. The court ought to have made a finding that the provision of section 4(1) (d) was not unambiguous in that sense hence necessitating the departure from the literal interpretation of the statute.

Such reasoning should have been bolstered by the presumption that the Legislature does not intend that which is harsh, unjust or unreasonable. Where two meanings may be given to a section, and the one meaning leads to harshness and injustice, while the other does not, the court is enjoined to hold that the legislature rather intended the milder than the harsher meaning.

It really sounds absurd and an utter insult to the wisdom of even an average-minded Zimbabwean that the Legislature purports to put the RTGS value at par with the United States dollar value whereas it is common sense that the exchange rate has skyrocketted to 1 : 23 on the black market and 1: 17 on the interbank market exchange rate.

Now the provisions of SI 33 of 2019 are now codified in section 22 of Finance Act No 2 of 2019. Statutory Instrument 33 of 2019 (SI 33/2019) was issued in terms of the Presidential Powers (Temporary Measures) Act, an Act which empowers the President to make regulations dealing with situations that have arisen or are likely to arise and that require to be dealt with as a matter of urgency; and to provide for matters connected therewith or incidental thereto and Law made under this Act span a period of 180 days. In order to regularize the SI 33 of 2019 before its expiration on the 21st of August 2019, a Finance bill was proposed and came into law through Parliament law-making process hence legalizing the monetary measures.

If the constitutionality of the provision of section 22 of Finance Act No 2 is to be challenged, l believe the legislation cannot withstand a declaration of constitutional invalidity for the under mentioned reasons.

Such retrospective legislation, which ex post facto deems the law at a particular time to be what it was not, offends against the principle of legality and the rule of law which lie at the heart of our constitutional democracy.

The prejudice to the subject of such legislation is only heightened where, as here, it purports to attach adverse consequences to transactions which have been completed and arising from which persons have acquired vested rights before such promulgation.

Secondly, the Supreme Court’s reasoning that Section 4(1)(d) of S.I. 33/19 does not apply to assets and liabilities, the values of which were expressed in any foreign currency other than the United States dollar immediately before the effective date does not meet our Constitutional dispensation. It violates section 56 (3) of our Constitution which proscribes unfair discrimination. It cannot be that section 22 (1) (d) of the Finance Act No. 2 of 2019 which is similarly fashioned with 4 (1) (d) of SI 33 of 2019, seek to only protect few creditors whose assets and liabilities were denominated in Rands, Kwacha, Pula, Yen or any other currency before the effective date and only affect the larger populace who by that time traded using the United States Dollar foreign currency. Such discrimination is unfair, unreasonable and unjustifiable in a democratic society based on openness, justice, human dignity, equality and freedom.

Moreso s 22 (1) (b) and (d) of the Finance Act No 2 give rise to substantial interference with property rights by means of compulsory deprivation that go beyond the normal restrictions on property use or enjoyment in a democratic society thereby violating section 71 of the Constitution.

And last but not least, the doctrine of separation of powers comes to the fore. The doctrine limits any one branch from exercising the core functions of another. The intent of separation of powers is to prevent the concentration of power by providing for checks and balances. It therefore follows that a Court order is a Court order. It must be obeyed as ordered unless set aside or varied. The legislature cannot overlap its powers to enact a law which override or diminish the value of an order handed down by a Court whose independence is now constitutionally entrenched in terms of section 164 of the Constitution.

Further, Section 164 (3) of the Constitution provides that: “An order or decision of a court binds the State and all persons and governmental institutions and agencies to which it applies, and must be obeyed by them.”

It cannot be gainsaid that the ruling by the Supreme Court although it is simply confirming the devastating effect of SI 33 of 2019 since February 2019, nonetheless its legitimatisation of the status quo in Zambezi gas case has struck a final death blow to the ailing economy and the ease of doing business in Zimbabwe.

 Scott Panashe Mamimine is a legal practitioner at Uriri Attorneys-At-Law. He writes here in his personal capacity.