Housing is for homemaking 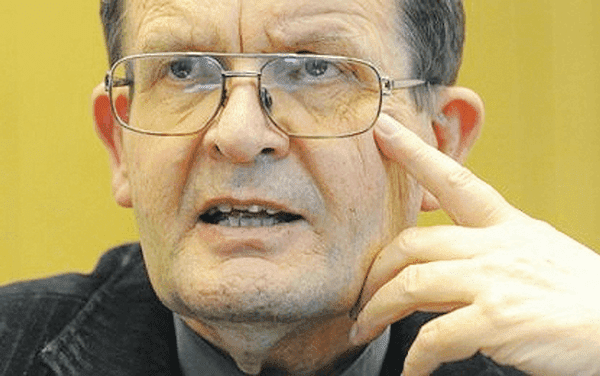 In rented houses in Mbare whole families live in one-roomed flats, the first section is the living and TV room which doubles as kitchen, plus two more sections divided by cupboards and curtains as bedrooms for the children and parents. While outside there is lots of rubbish, refuse and dirty puddles, the flat itself, while crammed and overcrowded, is very neat.

But there is little room for small children who want to play and have only rubbish dumps outside where to do it. For the elderly, who customarily should be looked after by the families of their children, there is also only little room. Should you put granny (gogo) on top of the cupboard?

“Lack of adequate accommodation and overcrowding has led to an increase in crime, such as theft, assault and rape, child abuse, baby dumping and infanticide.”

Some women report that “their overcrowded rooms have resulted in their husbands staying for longer periods at beer-halls, giving rise to an increase in drunken assaults and wife-beating on their return” (Diana Auret, Urban Housing, A National Crisis ? p 107). For women this situation is especially dreadful.

They are meant to be “housewives” and “homemakers”. Old wisdom says “musha mukadzi” (a home is a woman) but how can mothers provide the comfort of a home in such overcrowded conditions?

Some families have managed to get a stand on the outskirts of town where they were able to build a proper family home.

“It is desirable that every family should be able to acquire a home of its own, because home ownership contributes to the stability and welfare of the family which the State has a duty to foster and protect” (Catholic Bishops, in a pastoral letter 1989). To get a stand at reasonable cost, at the right place, with sufficient space is possible only after a long struggle.

Distribution of land is one of those “politicised” things. Home-builders may be encouraged to build houses on unsuitable land by a political party before elections.

After the elections, a bulldozer comes to raze “illegal shelters” to the ground.

The 2005 Murambatsvina cleansing exercise is still vivid in many’s minds. How can you ever forget that you were once forced to smash your own home with a pick-axe?

People may build a house on “wetlands”, only to be told that this was illegal and should be removed since it interferes with the local water supply.

Children, who have to live in very crowded conditions, leading to much tension and strife in the family, may run away from home and seek freedom as “street kids”, eating chunks of cold sadza from rubbish bins. Even children of well-to-do families may run away from domestic violence and abuse. A nice house may not be enough. It must become a home and a happy environment. A wife-beating father does not provide that for his children.

The urban conglomerate Harare-Chitungwiza is bursting at its seams. The official boundary lines have long been transcended and urban settlements have spilled over into neighbouring communal lands. When you leave Borrowdale and enter Domboshava you just enter into another suburb.

The border lines between rural and urban Seke are now blurred: People having built on communal land, outside the city need to sink boreholes, run diesel generators for electricity or catch it from the sun with solar panels, which may be unlawful.

The proper distribution of land is often affected by corruption. Some citizens have more than one stand.

Zimbabwe’s population is small. Geographically the country is large. Large enough for a growing population? Can we afford to let many people have two residences, one “kumusha” (at home) and another one in town?

It would take a very courageous leader to tackle this issue, since having a home back in the old village is very close to the hearts of most people.

Must people be forced to make a choice, between rural agricultural life and urban life with industrial employment?

The ordinary person wants to have one foot in the village, and the other one in a comfortable urban environment, though the urban comfort of Mbare flats is rather dubious.

It is amazing how people manage to build new houses at a time when so many of them are unemployed and have not even enough to eat.

Some are lucky: their children live and work overseas and send regular remittances to their old folk at home.

Some build fine houses on land for which they have no title deeds.

Where there are families, there must be schools, clinics, shops. Houses should be surrounded by gardens, to give space for recreation, for children to play, for growing vegetables and breeding chickens.

This country is famous for its beautiful landscape, its mountains and rivers, forests and savannah. Do humans spoil it with their construction of residences, industrial buildings, schools and colleges, hospitals and hotels?

Where exactly may we be permitted to build? What do we learn from Cyclone Idai? Whole villages built on mountain slopes were hit by floods and carried away by rivers, drowning the villagers.

The gap between the rich and poor is demonstrated very clearly in the different building standards. In old urban townships people still live in little hovels and mere shelters made of sheets of corrugated iron, a poor protection against the sun, rain, thunder and lightning. What sort of houses do we build for the general public?

It seems landlords prefer accommodation for the well-to-do to who can pay high rentals.

This is more popular than expanding the townships for the low-income workers who pay much less.

Architects have the plans to build low-income housing, but who is going to build it? The profit from renting out that type of low-cost house seems unattractive.

The concept of private property makes people think that land for building is just for the prosperous and privileged. But the “earth is our common home”. It is not private.

Our planet is also called “Mother Earth”, and the way mothers care for life and beauty should also be the way in which we treat this “common home” where everyone should have a place.

Zimbabwe means house of stone. Zimbabweans should not live in cardboard boxes. Our children should not be “street kids”.

Care of our “common home” means clean water, air we can breathe without face masks, growing enough food and finding a place where we can rest our heads and sleep soundly.

A house for me and my family is fine. But that is not enough. Housing is not just a private, but a national issue.

We need a shelter and housing strategy for all of us, it is a matter of the common good.

 Fr Oskar Wermter SJ is a social commentator. He writes here in his personal capacity.