Source: ANC Gets Another Letter Calling for Mnangagwa’s Removal – The Zimbabwean 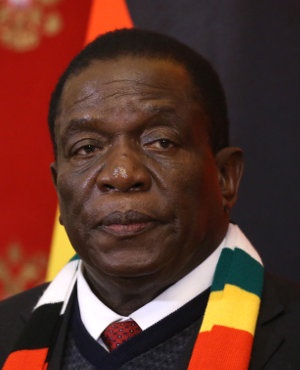 RE: SOS ON THE ZIMBABWEAN SITUATION AND ZANU PF INTERNAL SITUATION.

They say it takes a village to raise a child, Zimbabwe is a child in the African village, and we turn to you Former Liberation Movements for the resolution of Zimbabwe’s problems. The people of Zimbabwe have raised their voices on social media through the #ZimbabweanLivesMatter movement, and at the core of the issues raised by Zimbabweans are fundamental issues which our freedom fighters and liberation movements fought to liberate our people from.

1. Zimbabwe is now suffering from serious corruption which is a threat to national security and constitutional stability. Corruption and self-enrichment at the expense of the people is against the ethos and teachings of the liberation movements. Unfortunately the corruption in Zimbabwe involves members of the first family, the President’s close allies, clansmen and confidantes. The widely reported DRAX US$60million scandal is one such high profile case. Corruption allegations have also been raised by ZANU PF members and sadly they were fired without due process and disciplined for speaking out against the cancer of corruption.

2. Zimbabwe fought against police brutality inflicted on the people by the Ian Smith regime, today the country and the people face unprecedented police brutality and apartheid policing tactics being employed by the Zimbabwe Republic Police under Commissioner General Godwin Matanga. We have seen an increase in abductions, torture and state sponsored terror against civilians who demand to be heard and have their concerns addressed by the ZANU PF government. The Minister of Home Affairs Kazembe Kazembe has failed to deal with these issues choosing cheap propaganda over action to protect citizens. One great nationalist Edson Zvobgo stated clearly that ZANLA was not fighting to create a socio-legal order with police brutality and oppression of the people, sadly that is the prevailing situation.

3. Internally, ZANU PF members have been censured from talking about corruption, especially when it comes to politically exposed persons and the elite. The purge against youth voices such as ousted Youth League National Commissar Godfrey Tsenengamu, ousted Youth League deputy Secretary for Youth Affairs Lewis Matutu and Secretary for Youth Affairs Togarepi Pupurai are signs that ZANU PF no longer tolerates freedom of speech or democracy within its ranks. Recently, a senior Politburo member comrade Claveria Chizema was suspended from the party without due process; at the same meeting former Defence Forces Commander and liberation war hero General Chiwenga was humiliated through a conflation of state and party, when State Security Director General, Isaac Moyo, gave testimony to a pro-Chiwenga plot within the party to oust President Emmerson Mnangagwa.

1. To preserve and defend the National Sovereignty and Independence of Zimbabwe;
2. To create conditions for the establishment of a democratic, political and social order which shall guarantee in perpetuity that the Government of the State shall be answerable to the people through periodic free and fair elections based on universal adult suffrage;

3. To uphold and apply fully the rule of equality before the law, and equality of opportunities for all the people in Zimbabwe, regardless of race, tribe, sex, religion or origin;

4. To establish and sustain a socialist society firmly based on our historical, cultural and social experience and to create conditions for economic independence, prosperity and equitable distribution of the wealth of the nation in a system of economic organisation and management in which elements of free enterprise and market economy, planned economy and public ownership are combined.

5. To continue to participate in the worldwide struggle for the complete eradication of imperialism, colonialism and all forms of racism. Accordingly, the Party shall support liberation movements in their just struggle for self-determination and social justice;
6. To support and promote all efforts for the attainment of the Pan-Africa goal for the complete independence and unity of African states;

7. To oppose resolutely tribalism, regionalism, nepotism, racism, religious fanaticism, xenophobia and related intolerance, discrimination on grounds of sex and all forms of exploitation of man by man in Zimbabwe.
The government of Emmerson Mnangagwa has failed to uphold all the above resulting in campaigns such as #ZimbabweanLivesMatter and #ZANUPFMUSTGO, among others.

Concerned members of ZANU PF implore you to intervene, to save the party and the liberation movement from Emmerson Mnangagwa and his clansmen who are dividing Zimbabwe and plundering her resources through corrupt practices which go as high up as the first family.

Concerned members of ZANU PF have launched a save the party campaign and are calling for an extraordinary congress to recall Emmerson Mnangagwa. We ask for your intervention and assistance in ensuring that:

The people of Zimbabwe have raised valid grievances which need to be addressed with the help of the liberation movements. ZANU PF is under attack from Emmerson Mnangagwa and his Clansmen who are now holding the party hostage. Patrick Chinamasa, Tafadzwa Mugwadi and Tendai Chirau speak for themselves to protect their positions as they are appointees who were not elected into the offices they hold. This trio does not speak for the masses of Zimbabwe neither do they speak for ZANU PF. If Emmerson Mnangagwa has the support and confidence of the party and its members then he should not fear an extraordinary congress, he should allow the people to speak freely and determine if he should continue to lead or face a recall.

Party cadres have started mobilizing for an extraordinary congress and a motion to recall the President. The party cadres fear a brutal crackdown as Emmerson Mnangagwa and his security ministers have demonstrated that they do not tolerate democracy within the ruling party. ZANU PF cadres need your help and intervention to save the party, the people and the economy of Zimbabwe. This is a cry for help from fellow comrades, please intervene!
Fellow liberation movements, ZANU PF needs you and the people of Zimbabwe need you before the situation turns into a regional security crisis. Please act swiftly, and please act now.