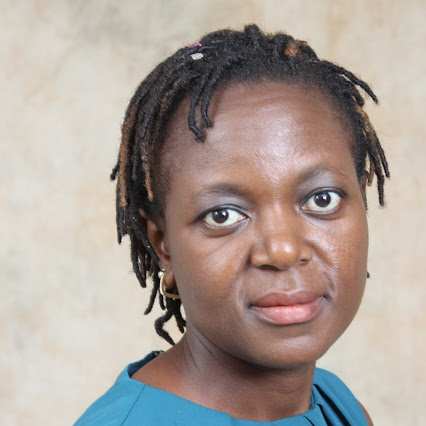 IT is a common national habit to turn a blind eye or be very judgmental about problems that we are too uncomfortable to deal with such as unwanted teen pregnancies or the necessity of providing contraceptives to sexually active minors. However, unwanted pregnancies and unwanted children in society do not disappear simply because they are denied, judged or shamed away. It would help if there was more publicly available information about the available alternatives for women who become pregnant when they are not ready for it or who get abandoned and rejected by the fathers of the babies. There would be less illegal abortions, infanticide and dumping of babies if women readily knew the alternatives that are available to them after they give birth and do not want or cannot keep the babies. Young women who get pregnant by mistake often find that they are completely alone and desperate, which motivates them to dump the babies or commit other heinous acts to dispose of the babies.

Zimbabwean law strictly outlaws abortion except in three exceptional circumstances, but does not provide alternatives on what to do if the babies are unwanted or the mothers are genuinely incapacitated.

Women are forced to look after babies they do not want, including those conceived through rape where they were not able to carry out legally permitted abortions.

Abortion is illegal unless the pregnancy poses some danger to the woman’s life such that continuing with it would be fatal or could seriously impair the woman’s physical health. The second instance is if there is a serious risk that the child to be born will have serious permanent physical or mental defects.

The third instance is if the foetus was conceived as a result of rape or incest.

One of the available alternatives but which is not so well known is to give unwanted babies up for adoption. This is provided for in Section 57 of the Children’s Act. Enquiries into procedures and processes are done through the Department of Social Welfare. The Act does not specify the circumstances under which children may be given up for adoption, but Section 7 may be interpreted to mean that financially incapacitated mothers who are genuinely incapable of providing for their children may do so by seeking help at designated government institutions. The State is thus obliged to provide the relevant support systems to allow impoverished mothers to give their children up for adoption. This option should be widely known and must be transparent, otherwise it is as good as non-existent if the majority of the women who need the service do not know about it
Adoption is more common in Zimbabwe than is commonly believed. Traditionally, people have always adopted children albeit informally within communities and families. It is very common in Zimbabwe for children to be raised by parents who are not their biological parents. Formal adoption is much less common, but more people are waking up to it more and increasingly taking it as a viable pathway to parenthood. Ignorance regarding formal adoption tends to lead some people to discourage those people who are open to it. Single and childless people who may want to consider it as a way to parenthood are often dissuaded and talked out of it by relatives and friends. There are strong beliefs about unknown vengeful spirits later descending upon the adoptive family and wreaking havoc in the family. Raising a child whose totem is not known is commonly frowned upon, so abandoned totemless children rely entirely on the State and private institutions and the kindness of strangers. Ghoulish stories of vengeful spirits visiting adoptive families tend to dissuade some prospective parents from the idea, thereby leaving more children to live on the streets needlessly.

Admittedly, adoption is not an easy process anywhere. It is never meant to be easy because it is not like taking a pet rabbit home. The rigidity and tightness and near impossibility of the process serves to protect children from potential abusers and people who are not entirely committed to it as would happen if the process was too easy. The experience is indeed lengthy and nerve wracking for many prospective adoptive parents. It is administered through the Department of Social Welfare and the Children’s Court. Difficult as it may be, it is not impossible and many successful adoptive parents have positive testimonies to share. While tight controls are necessary, the process should not be so hard and complicated as to discourage prospective parents altogether when so many homeless children need a home. The Department of Social Welfare’s mission is get more children out of institutions and into family settings. Various fostering options are also available to people who do not want to adopt.

The Social Welfare Department could do more about raising awareness on all the legal alternatives available to women with unwanted pregnancies. Some countries including South Africa have established no questions asked baby drop-in facilities.

This minimises the risk of dumping babies in unsafe areas or resorting to killing them to get rid of them. Whatever the intervention, it is not helpful for Zimbabwean society to carry on as if all babies that are born to living mothers all get taken care of. Even if all the department in charge of children’s affairs did was to open up conversations on public media, it would reach people who may want to shelter homeless children but do not know what to do.