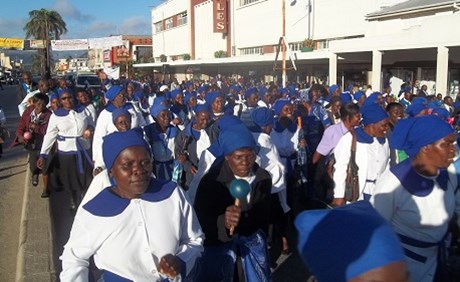 BY KENNETH NYANGANI
THE Anglican Diocese of Manicaland province says preparations for its annual Mother’s Union conference set for mid-August are gathering momentum with thousands expected to grace the event.

Anglican’s Mothers Union is regarded as the backbone of the church and in March this year successfully hosted the St Mary Day where women from across the country gathered at St Augustine in the province.

St Mary’s day is commemorated annually on March 25 by Mother’s Union to celebrate the message that was brought to Mary by the angel Gabriel that she was to give birth to Jesus.

In an interview yesterday, Anglican diocese secretary Edmond Samutereko said the 2022 Mother’s Union will be held at St Mathias Tsonzo in Watsomba.

“Women drawn from various corners of the province will be gathering for evangelism and teachings, including on marriage,” Samutereko said.

Anglican Diocese of Manicaland Bishop Eric Ruwona’s wife Eunice is the President of the Union while Reverend Walter Majoni is the Chaplain of the union.

The six archdeaconries of the church are set to grace the event.

Reverend Majoni told this publication that the Mother’s Union was a day of evangelism and sharing information.

“The Mother’s Union will also be remembered as the day women share ideas on various issues including marriage,” he said.

In previous events, older women were also tested for cervix cancer during the event.

Newer Post
When a president is forced to donate food to a starving nation then it proves he has failed as a leader!
Older Post
Makokoba residents fight eviction