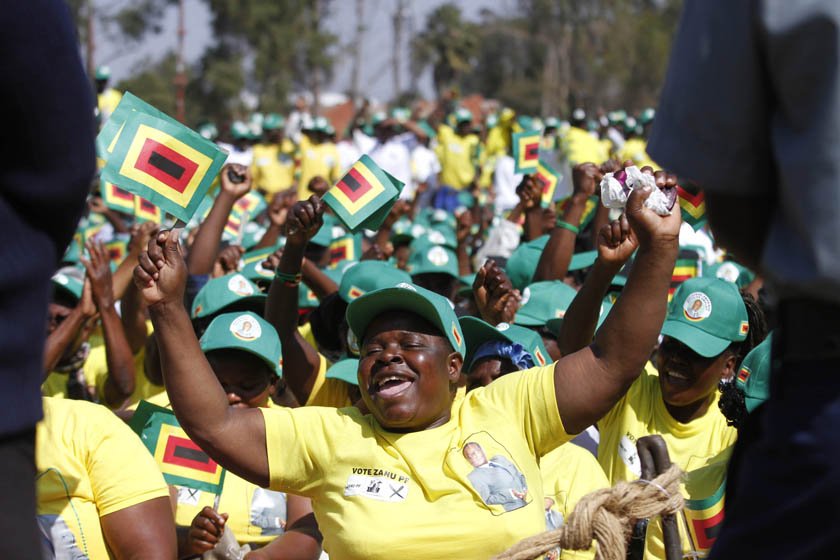 A GROUP of war veterans in Mutoko last week besieged Zanu PF offices at Mutoko centre, where they locked doors in protest, accusing the local party leadership of sowing discord.

The former fighters reportedly brought a new padlock and locked the main screen door of the offices in a bid to prevent party officials from gaining access.

The offices were later re-opened on the same day following the intervention of top party leaders who on Wednesday sent a delegation to resolve the impasse.

A delegation led by Zanu PF Mashonaland East provincial secretary for administration Kudzai Majuru then met the grieved war veterans on Thursday, who accused their party leaders for running parallel structures as well as causing discord in the party.

Majuru yesterday confirmed that a delegation was in Mutoko last week although he could not divulge more details.

A reliable Zanu PF source, however, told NewsDay that all is not well in Mutoko with some liberation war fighters calling for the removal of the local leadership and party workers.

“Last week, a group of war veterans besieged the party offices and locked the main entrance, accusing local party leaders of bringing discord within the party as well as running

parallel structures. The war veterans also accused some Zanu PF leaders in Mutoko of harassing the district administrator and other civil servants.

“The war veterans had to re-open the offices following the intervention of party bigwigs at a no-holds barred meeting on Thursday. The outcome of the meeting and recommendations will be sent to provincial chairperson (Joel Biggie) Matiza. A lot is needed to be done in Mutoko for Zanu PF is in shambles,” the source said.