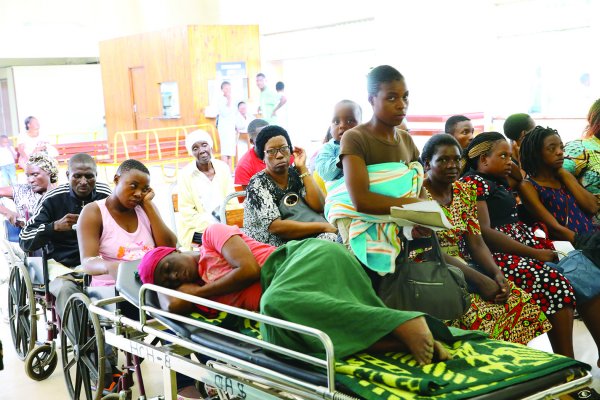 The state of Zimbabwe’s health institutions is symptomatic of the country’s economy. There is a chronic shortage of specialist doctors, medical equipment and drugs.

The challenges have resulted in health workers repeatedly confronting their employer, government, over poor remuneration and lack of resources. Our Bulawayo bureau chief Silas Nkala (Southern Eye) (SE) met with Mpilo Central Hospital clinical director, Solwayo Ngwenya (SN) for an interview on challenges faced by the hospital. Below are excerpts of the interview.

SE: What is the situation and state of affairs at Mpilo Hospital now?

SN: Mpilo Central Hospital, like any other government institution faces challenges due to the current economic environment. While there have been some improvements in medicines
stock levels, we still have not reached the required standard and desired levels. We are happy that the government is endeavouring to improve in that area. There are still gaps that
need attention. As an institution, we have flighted tenders for medical equipment and hopefully, foreign currency would be availed to facilitate importation of essential equipment.
Currently it’s the radiotherapy centre which has serious challenges and these are being worked on.

SE: Has any progress been made in addressing the challenges which the health workers complained about?

SN: I believe that there has been some progress. The only inhibiting factor is the economic environment, which has not stabilised, making government efforts ineffective.

SE: Could some deaths have been prevented if these issues had been addressed early?

SN: At Mpilo Central Hospital, there are no deaths that are directly linked to those challenges. All deaths are scrutinised by my office.

SE: What are the current challenges faced by the health institution and what measures are being taken to address those challenges?

SN: Not anything out of the ordinary. Generally, they are all predicated on delays in the delivery of imports, due to the lack of foreign currency.

SE: What progress has been made in terms of infrastructure at the hospital?

SN: There has been a lot of infrastructural development, including new floors, painting, replacing all broken window panes, refurbishment of wards, sealing roof leaks, ceilings,
opening of a private ward, refurbishment of theatres, mortuary, plumbing and electrical works. This has reversed decades of neglect.

SE: Are there any donors assisting the health institution?

SN: There are no donors except partners such as churches, corporates and individuals, who are kind enough to help refurbishing wards, providing foodstuffs and philanthropic activities.

SE: What is the death rate at the hospital and what could be those deaths attributed to?

SN: The hospital has been stabilised and steered towards being a low mortality hospital despite all the challenges. Avoidable deaths have been hugely wiped out. Mortality is mainly due
to natural causes such as cancer and prematurity. Mortality used to be in double digit figures on a daily basis, but has been reduced to single figures. This is remarkable. At a time
when high mortality rates are expected, we are actually saving countless lives. This was largely due to a clear clinical leadership and accountability instituted by the executive at the
hospital.

SE: What are the future plans for the health institution?

SN: The hospital requires more specialists to strengthen the training of medical staff at the school of nursing, midwifery and the National University of Science and Technology medical school. This will strengthen service delivery and save many lives of our fellow countrymen.

SE: How is government assisting the institution?

SN: The government is the owner, hence it is not assisting, but it is running the hospital. The government helped reduce mortality by offering free maternity services, free blood
transfusions and free renal dialysis treatment.

I am very happy and proud of the achievements that have taken place at the hospital in the last few years, seeing the reversal of decades of neglect and getting the hospital from the
high mortality rates outpost to a low mortality rates institution, saving many lives in the process. I hope that this trajectory continues.