More than 20 people have reportedly been infected in the rural town of Mt Darwin, just months after 50 died of cholera 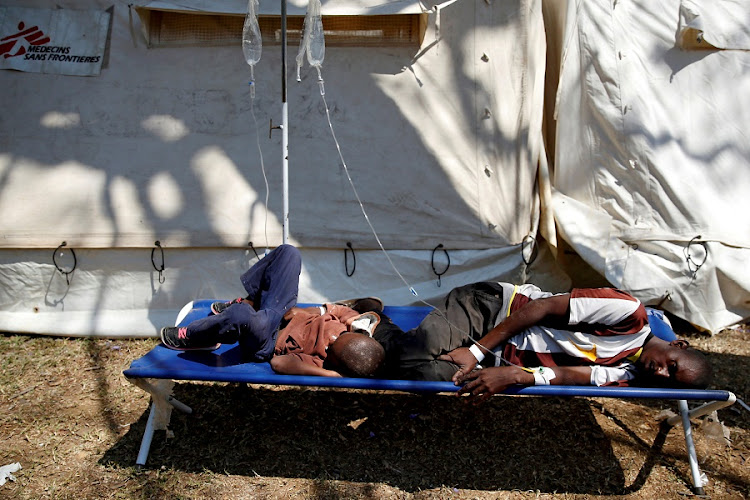 Harare — Zimbabwe has been hit by another cholera outbreak, hardly three months after more than 50 people died of the disease.

More than 20 people have reportedly been infected in the rural town of Mt Darwin, near the border with  Mozambique.  Authorities recently announced that the disease had been contained.

At the height of the outbreak in September, authorities enforced a state of emergency, banned public gatherings and shut down schools before World Health Organisation and other organisations provided help to control the disease.

On Tuesday, The Herald reported that all 20 cases were reported at Mukaradzi Mine. The state daily report said all the patients were being treated at Mt Darwin District Hospital.

Health minister Dr Obadiah Moyo was expected to give details on the severity of the outbreak.

Finance minister Mthuli Ncube, whose ministry mobilised $35m  to fight cholera in September, said: “We have all the systems in place in terms of the capacity and capability to respond.

“Our response mechanisms to such outbreaks are always ready and together with the ministry of health we will announce interventions that will be put in place to ensure that the disease does not lead to loss of lives and the devastating effect it had last time out.”

Environment and tourism minister Prisca Mupfumira, a member of a cabinet committee on responses to disasters, said this time government would not let the disease spread.

Zimbabwe had its biggest cholera outbreak in 2008 at the height of an economic crisis when more than 4,000 people died and another 40,000 reported for treatment. This year’s outbreak caused 54 deaths, and more 10,000 people were treated for the water-borne disease.

The government said last month it would vaccinate 1, 4-million people. The outbreak has exposed lack of maintenance of infrastructure with burst pipes and contaminated boreholes commonplace in the economically ravaged country.