Zimbabwe left with less than a week of fuel supplies

Poor planning by the Zimbabwe government has resulted in the country facing dwindling fuel supplies.

Source: Zimbabwe left with less than a week of fuel supplies – Times Live 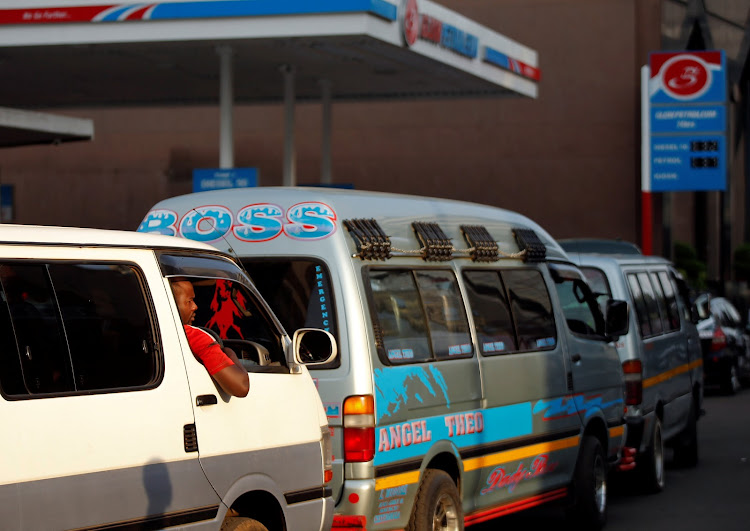 For the past two weeks there have been long, winding queues countrywide. The most affected are motorists with petrol-driven engines.

At a queue that stretched for a kilometre in Bulawayo’s central business district,  Charles Moyo told TimesLIVE on Wednesday morning that he had spent the greater part of his night waiting for fuel.

“I spent the whole night in this queue. It’s now morning I have to go to work so my daughter who just finished exams will come and take over. There’s hope that by midday there will be fuel because this is the only station that has been consistent since the shortages started a few months ago,” said Moyo, a builder by profession.

Moyo is a member of at least three WhatsApp groups that offer updates on the availability of fuel. Lately there have been inquiries more than updates.

“Everyone is asking the same question and no one seems to have any answer. When the situation briefly normalised last month many people exited (the WhatsApp) groups, but now out of desperation they are being added back,” he said.

Black market dealers have resurfaced. However, their fuel is only sold in hard currencies.

“We smuggle it from Botswana because there is less red tape compared to Beitbridge. We only take dollars, pulas and rands. For a litre of petrol we charge R20,” said a dealer. In SA petrol costs around R15 per litre.

In an interview on Tuesday night with private radio station ZiFM, finance minister Professor Mthuli Ncube said the reason behind the current shortage was because government failed to raise foreign currency on time.

“We are aware of the hitches in the fuel supply on the market and this has to do with timing in terms of payments and supply of the commodity,” he said.

Government sources said there was less than a week’s supply of fuel and signs of the acute shortage were already showing with some big service stations in Harare going for days without the precious liquid.

Zimbabwe gobbles between 120 million and 140 million litres of fuel a month and requires a monthly allocation of $100m (R1.38bn).

Presenting his 2019 budget last week, Ncube said the government would seek to increase excise duty by 7c a litre on diesel and paraffin and 6.5c on petrol to reduce the arbitrage opportunities.

This means with effect from December 1, the price of fuel will go up.

Meanwhile, across the border in SA, motorists are hoping for early Christmas cheer with a substantial petrol price drop forecast to take effect on December 5, if the Automobile Association’s (AA) predictions pan out.

“Massive fuel price reductions are expected for December, but these could be tempered by adjustments in the retail and wholesale margin, and the possible continued use of the slate levy,” the AA said on Wednesday, commenting on unaudited month-end fuel price data released by the Central Energy Fund (CEF).

“The good news is a likely R1.85 reduction per litre in the price of petrol, with diesel coming down by an estimated R1.40, and illuminating paraffin dropping by R1.28.

“With these expected drops, the fuel prices will return to levels last seen around the middle of 2018,” the AA said.

“These massive decreases stem from a combination of substantial retreats in international petroleum prices and a slightly firmer rand, which has trended stronger against the US dollar since its most recent peak in early-September at close R15.50 to the greenback.”

However, the association says it is possible that not all of these decreases will make it through to the motorist.

“April, September and November saw adjustments to various levies which are included in the fuel price structure. The December adjustment relates amongst others to wholesale and retail margins, which could lop off some of the decrease. Last year’s adjustments to these figures was under five cents a litre,” says the AA. “There is also the issue of the slate levy which may or may not be retained.”

The slate levy is used to claw back losses from fuel price under-recoveries when the cumulative petrol and diesel slate balances exceed R250m. At the end of September the negative balance was R2.2bn, and this was apparently counteracted by the imposition of a slate levy of 21.92c during November.

“If the slate levy has brought the slate balance below the threshold by the end of November, it’s likely it will be zeroed. If not, a further slate levy will be applicable for December, which will offset some of the fuel price decrease,” the AA said.

Despite this, the association predicted that motorists are still in for a substantial drop.

“The see-saw ride in fuel prices over the past year has shown just how great the impact of international petroleum pricing and the rand/US dollar exchange rate is on the lives of ordinary citizens. The outlook for fuel pricing into 2019 remains cloudy, but we are hopeful that some stability will return.”