THE current Internet shutdown in the country has not spared the fragile showbiz industry ,with both artists and their followers blushing over the information blackout. 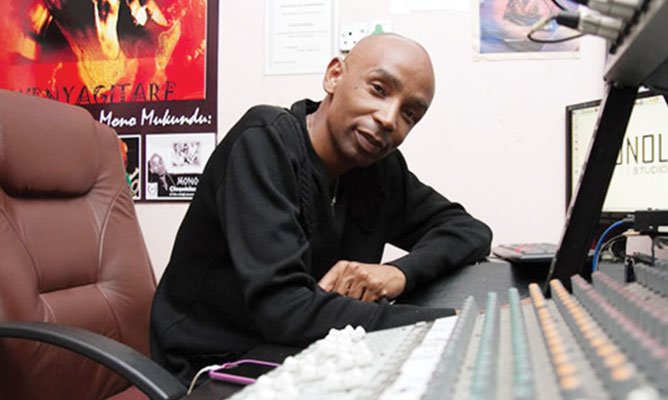 Government shutdown Internet services last week to curtail the flow on information following last week’s violent protests, with State security agents blaming social media platforms on fuelling unrest in the country. In the age of technology, Internet has become a part and way of life that has increased the market and consumer interface as both artistes and promoters resort to online platforms such as WhatsApp, Facebook and YouTube to market their works and advertise upcoming concerts.

Apart from interacting with their fans through different social media platforms, artistes and music producers also use these platforms to distribute and share their latest productions with audience across borders.

Some artists told NewsDay Life &Style that it was no longer business as usual in the wake of internet blackout.

Renowned multi-instrumentalist and music producer Clive “Mono” Mukundu said the Internet shutdown had brought down business as modern technology, through the use of Internet, had enabled international recording sessions where musicians and producers across continents work together on projects, as if they were under one roof.

“The Internet shutdown has many negative effects on us as music producers. I do a lot of online work with artistes in the diaspora; the likes of Kambo boys in United Kingdom, King Isaac in the United States, Cris Gera in Spain, and Andrew Baird in South. Africa. And at times I work whilst on social media WhatsApp or Skype throughout the session. With the Internet shut down, that is impossible,” he said.

“I communicate with my clients more on social media than phone calls because it is easier to send documents such as quotations, especially via WhatsApp business because you can save documents as templates, so business has been largely affected with this shutdown.”

Mukundu said in order for music producers to keep up with the modern trends in the music business as well as to know new techniques and soft wares, they rely so much on the Internet.

Celebrated comedian Prosper “Comic Pastor” Ngomashi said the shutting down of the Internet had greatly affected their productions as they have now been forced to put some works on standby and have urged the government to consider their concerns.

“We have put a lot of work on hold as we are not able to post it online as usual since there is no Internet, and it is costly to use Virtual Private Network (VPN) because one also has to buy supplementary bundles,” he said.

“The shutting down of the Internet is affecting our work because we have a lot of work which we have to post, but now we can’t because we do not have internet and even if we did, only a few are on social media. We ask the government to consider our work too and they should not shutdown the Internet because it is the platform we use to do our business”

Another trailblazing local comedian and satirist, Comrade Fatso, said; “Through Internet blackout, artists and creatives are being denied their rights to freedom of expression and also the right to earn a living, especially those who post videos online and also those who organise shows and advertise through social media WhatsApp and Facebook.”

Music promoter and Jibilika founder Plot Mhako said Internet was the new working space for artistes and impeding its access is tantamount to closing down their offices, careers and livelihoods.

“Internet is the new stage and office for artists. Business was lost, voices muzzled and literary censored. It will be an uphill task and it takes time for the sector to recover from the effects. The action disrupted online publicity for events, communication and the work of creatives who rely on Internet for their daily work. It was heavy handed and retrogressive,” he said.

“The music and arts community heavily rely on Internet for communication, networking, distribution of works, access to information and applications that enhance their trade.”

Music management and marketing company, Jive Zimbabwe director Sam Mhlanga said; “Zimbabwe has successfully warmed up to electronic platforms ahead of posters for advertising shows. Internet shutdown significantly affects the success of scheduled gigs and events. More so in this context, people are generally afraid to stay out late.”

While the world of technology might have the negative impact on the showbiz circuit, for instance affecting royalties for artistes, it has, however, led to the growth of the industry by the unearthing of several underground artistes, giving them the opportunity to get their music heard through different social media platforms when they would have had little chance before.

Newer Post
This is what it would take for the South African government to shut down the internet, Zimbabwe-style
Older Post
Zim President Mnangagwa returns amid economic crisis, crackdown